Usher Isn’t ‘Clueless’ About Who He Loves 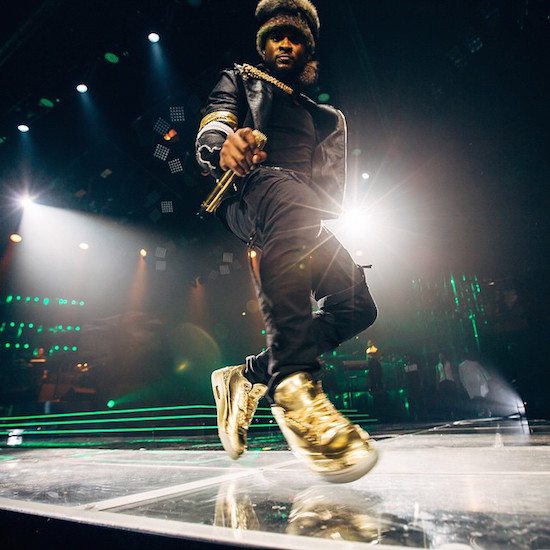 Though Usher continues to rock arenas with his "UR Experience" Tour in select cities, he's giving fans everywhere some new music.

"Clueless" — a tune that is available via download codes found inside marked boxes of Honey Nut Cheerios sold exclusively at Walmart — has made its way to the rest of the Internet. The track features a mid-tempo melody and love-lamenting lyrics that meld together to become one of Usher's signature sounds. "Clueless" also finds Mr. Raymond reaching into "Climax"-range falsettos to whine about being "clueless, stupid, foolish" in his relationship.

And what's going to warrant such harsh words? From the ambiguous poetry presented, it sounds like Usher was with a woman he was truly in love with. But for reasons that aren't fully explained, she's made it clear or he's realized that she's not fully satisfied with their union — and may have moved on from their once happy home.

The not-so-direct lyricism plays well with the song's title. Word has it that "Clueless" won't be appearing on Usher's UR album, scheduled for release in 2015. That may be OK, as I personally didn't find an instant connection with the tune, but a few listens to the complexity of its message have intrigued me as to what else we might expect on UR.


TAGS:  usher
Previous: Morning Soul: I Ran, I Ran So Far Away Next: Kendrick Lamar Rocks ‘Saturday Night Live’ With ‘i’