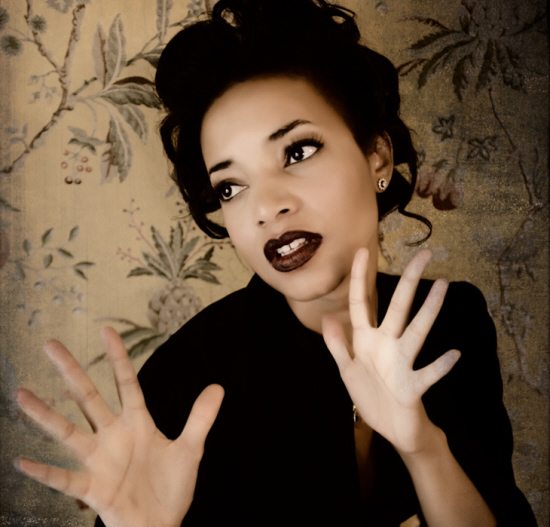 Emotions have been rattled due to the lack of justice towards the deaths of Michael Brown and Eric Garner, and there has been little rest and little faith to be had since. Many have taken to the streets to express their anger, while others have pounded out thoughtful pieces or quipped truths in just 140 characters to push the narrative forward. Some of us, though, are almost too numb with anger and helplessness to render the proper words. For someone who employs themselves with words daily, I too find myself battling to try to put things into perspective, considering how much dialogue is vastly important at this point and time. Alice Smith is also someone who is rocked to the point where she wasn't quite sure what to say -- yet she's not willing to be silent.

Adding to the cries for justice and solutions, Smith has contributed her message in the form of the free track, "Shell Shock." Don't be fooled by its roll-licking guitars and pouncing pianos, underneath this fast-pace retro blues wail is an unsettling message of the grim repeated history we're enduring at current. Penned by Sam Dew and TV On The Radio's Dave Sitek, "Shell Shock" premiered on Smith's Instagram, and though Alice doesn't outright sing the obvious, she is very much aware that even when you're at a loss for words, you still need to urge for better outcomes in these dismal times.