All Cows Eat Grass Are Still ‘Kool’ On Their Remix Collection 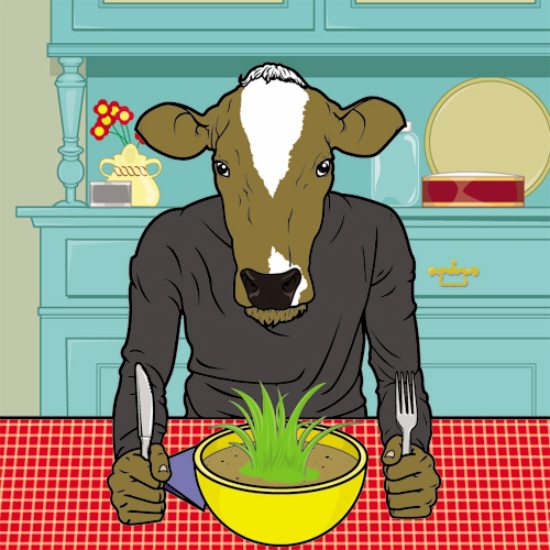 When we first deemed All Cows Eat Grass as Bounce-Worthy some odd years ago, they had somewhat been shrouded in mystery. We've come to understand that the slick voices behind the digital get-downs are musicians T. Brown, Reneeka Rae and Jeff Cohran, all of whom have ties to Janelle Monáe's Wondaland family. To be specific, Brown has been Monáe's keyboardist and musical director for five years now, while Tennessee natives Rae and Cohran have been stage producers for Monáe's vivacious live shows. While the ties are definitely binding to the Electric Lady, All Cows Eat Grass are actually more far away removed from Monáe's aesthetic than you think.

With their cosmically funky sound and whip-smart lyrics, All Cows Eat Grass have unleashed The Kool Collection, an eight-track set that culls from the trio's last few EPs, The M.I.L.K. EP, Be Kool and Kool As Hail. All the tracks have been remixed and remastered for an added kick, with standout cuts like "Be Kool" and "We All Win" getting that little extra synthesized gloss on them. For newbies, this collection presents itself as a starter kit to the ACEG penchant for merging soul, hip hop, pop and electronica without blemish. Yet for those already in the know, The Kool Collection is just a good reminder to why this collective have been conscious curators of the ATL future funk sound for some time now.

In celebration of The Kool Collection's release, All Cows Eat Grass are joining up with Atlanta-based DJs WERC Crew to present the All Cows Eat Grass Dance Party, which will take place in Atlanta on December 17th at the Basement East Atlanta Village. If you can't swing by there you'll have other chances to spot this eclectic collective as they embark on tour next year, most notably making a pit stop at the SXSW festival in March of 2015. Until then, be kool and grab The Kool Collection via iTunes.