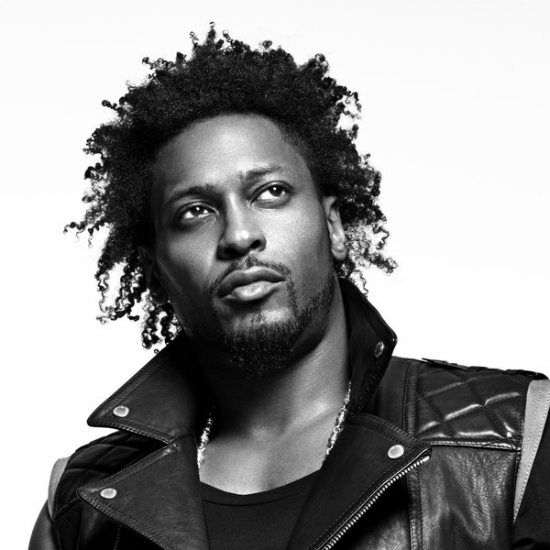 Unless you're living under a soulless rock, you probably know by now that D'Angelo just released his long-awaited, third studio album, Black Messiah. We've been holding our breath all weekend for the release, and it's finally been delivert. And it's EVERYTHING. Thank you, R&B Jesus!

Naturally, like the rest of the internet, we've been jamming to the dope body of work since D'Angelo released it a little before midnight last night, so we're a little groggy, but we promised we'd keep you covered. One of the standout tracks that's been keeping us going on our now 24-hour binge is "Sugah Daddy." While it's not the first official single from the album, D'Angelo partnered with Red Bull's 20 before 15 series to debut this musical wonder on Saturday night. The official single release, which should be floating through your radio waves today is "Really Love." While both tracks each offer five minutes of aural pleasure, they each offer two different concepts.

On "Sugah Daddy," which he actually debuted live on tour back in 2012, you can find a funky ditty featuring playful keys and horns all working together to compliment the musical wonder. D'Angelo's band The Vanguard show off on the track to present to us a solid party for those who appreciate funk and the crooner's raspy whisper-singing. "Sugah Daddy" could've easily been track #14 on Voodoo, but we're glad he saved it for 2014.

We're not stuck in the past because D'Angelo makes sure we move past his "Untitled (How Does It Feel)" days and into the present, with "Really Love." The song is newish, as an incomplete version has been floating around the Internet for years and is also something that he's blessed live audiences with. Keeping in line with his soulful jam sessions, this mixed and mastered "Really Love" begins with strings, Spanish guitar riffs and a seductive woman whispering sweet everythings in Spanish. It later moves into a mellow celebration of the love he has for his significant other. To be more direct, the single itself sounds like love.