Debórah Bond Shows Us How ‘Perfect’ Life Can Be 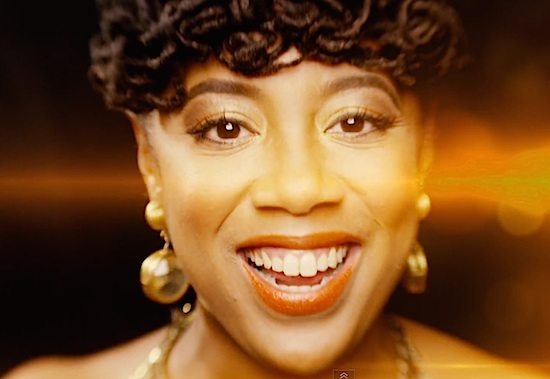 Debórah Bond is in great company with other artists who don’t rush their creative process. She stands tall alongside Sade, Lalah Hathaway, Erykah Badu, Jill Scott and many more who release projects on their own timetable. When she released Madam Palindrome in 2011 -- eight years after her debut album, Day After -- her fans breathed a collective sigh of relief that she hadn’t forgotten us and showed us that it was well worth the wait.

One of the gems from her sophomore set is the track, “Perfect,” a moving ballad Bond co-wrote with Akiima Price. Although she’s still busy touring and promoting the album with her band Third Logic, we’re beyond happy to see this song finally get a video treatment. Like her previous video for Madam Palindrome lead single “You Are the One,” the unique visuals are directed once again by Aaron Keeny and are sure to stay in your thoughts well after the screen fades to black. Instead of giving the song the typical love song treatment, Bond and Keeny opted to take a different approach, and the end result is quite effective. Without giving too much away, the video challenges us to confront our ideas of what “perfection” and “love” really mean.

If you’re not familiar with the song, take a listen below before you get into the poignant clip, which you can also catch in rotation now on VH1 Soul. Here’s hoping we won’t have to wait another five years for her next album, because we are eager for more of Ms. Bond’s perfection. In the meantime, keep up with the her on social media and head over to her quirky website where you’ll also find links to download her full albums.


TAGS:  Aaron Keeny, Akiima Price, deborah bond, third logic
Previous: Teairra Mari Returns With What She Thinks We ‘Deserve’ Next: Coultrain Haunts Us With ‘Like A Dusty Piano’