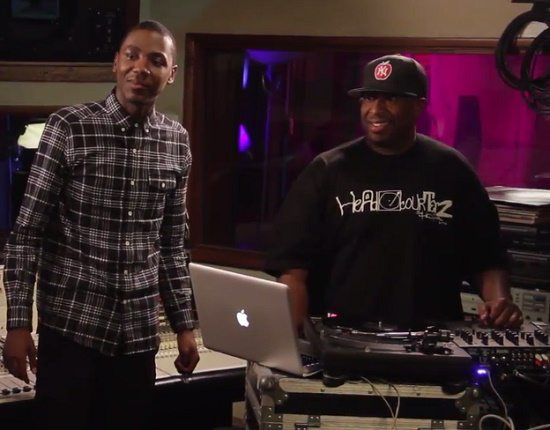 It turns out legendary producer DJ Premier is also a comedian. To promote his new album, PRhyme, with rapper Royce da 5'9", Premier joins Emmy-winning comedy video website Funny or Die for some hip hop shenanigans. In the sketch, Premier flexes his comedic muscles by playing some of his new "game-changing" beats. Poking fun at the hype men who are staples in most rap studios, his sidekick constantly goes crazy over the non-traditional beats and the foolery builds up to hilarity when Premier actually plays his new beats for other unsuspecting artists.

While Royce and Lady of Rage both exhibit frustration and ask when does the beat drop, Premier and his hype man are unphased by it all, even when Lady of Rage throws shade, threatening to call Pete Rock instead. At some point, Premier claims he's "bringing hip hop and ice cream together." If it wasn't ridiculous enough, towards the end of the skit, crooner Miguel gets in the mix, promoting his '"soft sweater music." We wish we were making this up but we're not. Take a gander at the fun and shenanery in the video and if you're moved by this promotional tactic featuring Premier and Royce's brand of comedy, you should order PRhyme, which just dropped today on iTunes or Amazon. Catch the video below and get ready to exercise your funny bone.