Donnie & Daz-I-Kue Fight The Powers That Be With ‘Protester’ 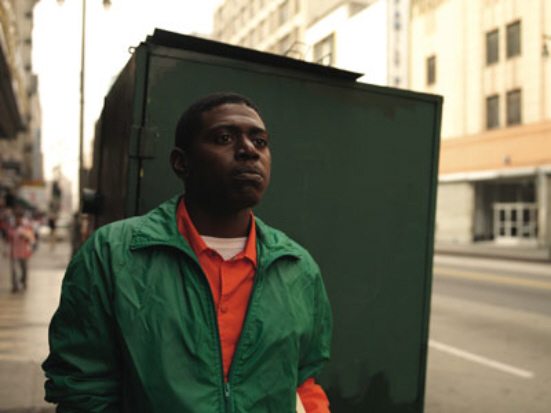 Atlanta singer-songwriter, Donnie has known that #BlackLivesMatter long before the hashtag came into fruition as he has always been socially and politically aware in his music. Starting with his acclaimed 2002 debut, The Colored Section, he copped an old school Stevie Wonder-meets-Donny Hathaway vibe to spill out ways that we are socially and racially disjointed. 2006 saw him independently issue The Daily News, which was tailored with even more blunt truths about racism, sexism and homophobia with anthems about uniting as a people in the aftermath of 9/11. After a spell of silence, Donnie was drawing out his picket signs again in 2013 when he released the fiery single "Protester," hinting that a new project, entitled The American Mythology, was on the way. Yet, we were met with pin drop silence as Donnie didn't perch at the pulpit as we expected.

Maybe Donnie heard Questlove's recent urging for more politically minded songs in the wake of the uprisings in Ferguson and New York City, as he has come out of hibernation yet again with his words...well sort of. If you missed "Protester" the first time, then take into account DJ Daz-I-Kue's "re-rub," as the track is given a club-ready makeover that heightens the Afrobeat and vintage funk of the original. It's not your typical protest track, and some of the message does get lost in the beat sauce, but it does grab your attention. What's even more grabbing is that Daz-I-Kue provided some information about Donnie planning to (finally) release The American Mythology — and it'll be sooner rather than later. Though many promises have piled up with Donnie in recent years, here's hoping that he'll get something issued so we can receive more music with purpose in the coming new year.