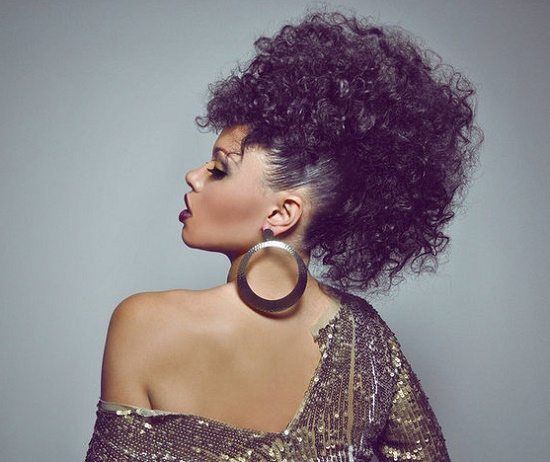 For someone who didn't really wanna dance, Elle Varner is definitely making sure that we cut a rug. The lead single from her upcoming 4 Letter Word, "Don't Wanna Dance" is a smooth party jam about not wanting to be at the party (go figure). She amps up the track's danceability with a new remix from producer Swagg R'Celious, whom the singer previously worked with on "32 Flavors" from her Conversational Lush mixtape.

This go around, Swagg incorporates a sped-up sample of Deniece Williams' "Silly" as well as the familiar drums of Schoolly D's "P.S.K.-What Does It Mean?" and sampled horns to reimagine the song into a party starter. But, while each of those elements is great, what ties it all together is Elle's sweet signature rasp, which sounds just as at home here as it did on the original. In fact, the only odd choice here is the replacement of the track's original guest rapper, A$AP Ferg, with a new unnamed guest. While the mysterious party crasher does a pretty good job keeping the party going, we've gotten so used to hearing Ferg on the song that it feels like an element is missing without his verse.

That being said, with 4 Letter Word set to drop next year, we're more than happy to spin this hot joint while we wait. Take a listen to the track below and let us know which version of the song is your favorite.