Get ‘The Intimate Truth’ From Ledisi On Her New EP & Tour 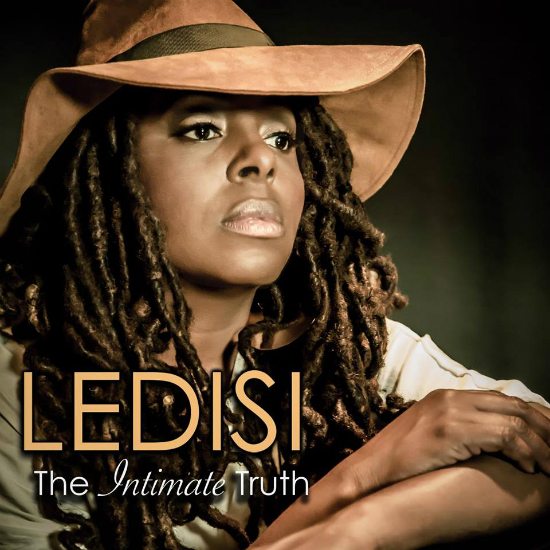 Ledisi has gotten lots of good news lately, with her nominations for Best R&B Performance for the 57th GRAMMYs and Outstanding Female Vocalist for the 46th Annual NAACP Image Awards. Now the vivacious soul singer has some news of her own to share with the announcement that she has a new EP on the way with a tour to support it soon after.

The Intimate Truth is the title of Ledisi's forthcoming collection, and it will feature acoustic versions of seven tracks from her most recent release, The Truth. That album has been Ledisi's boldest to date, so it will be cool to hear some of those selections revamped with an acoustic touch to give long-time fans that good old Ledhead experience.

To bring the music from The Intimate Truth to life, Ledisi will also be going on tour starting in February 2015. Kicking off in Los Angeles, The Intimate Truth Tour will see the songbird travel to 23 cities across the United States, eventually wrapping in Atlanta in late March. She won't be traveling solo, however, with special guests Raheem DeVaughn and Leela James scheduled to join her. Needless to say, there will be some serious singing and performing happening on this tour, so it would behoove you to attend.

Tickets for The Intimate Truth Tour don't go on sale January 6th via Ticketmaster, so let this be your New Year's treat. While you're at it, also make plans to pick up The Intimate Truth EP when it drops on January 20th, but you can pre-order it now on iTunes, Amazon and Google Play. 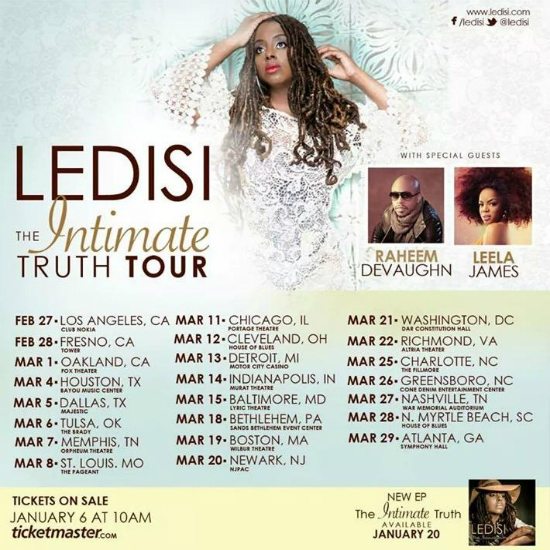 
TAGS:  ledisi, leela james", raheem devaughn
Previous: Jessie Ware To Take Her ‘Tough Love’ On The Road In The New Year Next: Morning Soul: I’ve Got A Brand New Jones