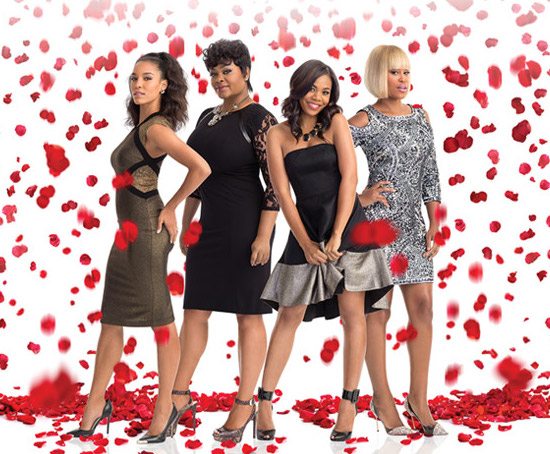 Lifetime movies, once known for their poorly scripted, terribly acted, overly dramatic, ridiculously corny and lily white made-for-cable flicks, are trying their best to gain a more hipper, younger and Blacker audience and better reputation. Unfortunately in their quest to do so, we've gotten the abysmal Aaliyah biopic and a sorry Saved By the Bell movie in recent months. No and thanks.

Perhaps 2015 will be a better year for the cable network in trying to engage Black audiences with at least two movies on the horizon that don't look terrible. First up is the Whitney Houston biopic, Whitney, starring Yaya DaCosta as our beloved Nippy, which will premiere on Lifetime on January 15th. From the clips released thus far, this film may not be as awful as we're anticipating given their treatment of Aaliyah's story. Time will tell, of course, but we'll be tuned in and live tweeting our reactions.

For Lifetime's second course of serving us something we may want to nibble on and not chew up and spit out, more music stars will take their talents to the small screen when SoulBounce fave Jill Scott and rapper Eve join Regina Hall in the romantic comedy With This Ring. The movie's trailer/commercial was just released, and this one may actually be a winner for the cable channel with a tale of three friends who make a pact to each get married in one year after attending their best friend's wedding.

This is a total Black chick flick/fantasy, and we're here for it. You can't go wrong with Regina Hall, who is fast becoming the urban romantic comedy queen, and Jill and Eve are known to deliver solid performances more often than not. Based on the novel The Vow written by entertainment journalists Denene Millner, Angela Burt-Murray and Mitzi Miller, With This Ring has great source material, so here's to hoping that its script is just as strong. The Black female star power doesn't stop there, with Tracey Edmonds, Gabrielle Union and Sheila Ducksworth serving as executive producers.