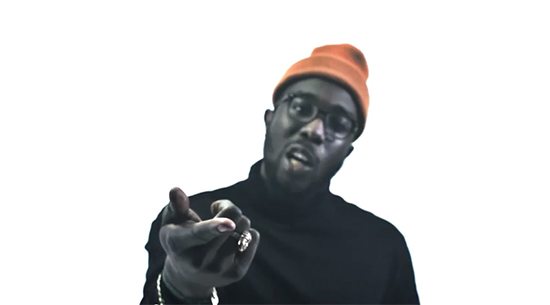 High off of working with Beyoncé and composing the music for the documentary celebrating the anniversary of her self-titled album, Melo-X is teaming up with New Jersey emcee MoRuf for this stunning video for their 2013 collaboration “Fallen.” With X chopping and flipping James Blake’s “The Wilhelm Scream” and a beautiful dancer in tow, MoRuf spits his clever bars in front of a simple white screen yet manages to keep the visual quite intriguing as he bounces across the screen in an orange scully.

If “Fallen” is your first introduction to MoRuf, he’s providing a great first impression as his lyrical prowess here proves that he has mastered the art of storytelling. “The hot ones they be the coldest/You thinkin’ shawties do love you/She has ulterior motives,” he spits, as he guides listeners through a tutorial on how to avoid gold diggers. While Melo-X and MoRuf are now in the process of recording a joint EP, “Fallen” was originally featured on MoRuf’s Shades of Moo album which also features the likes of Jesse Boykins III, SZA and Chris Turner, and can be found on Soundcloud. Here's to looking forward to more hotness from this dope duo.