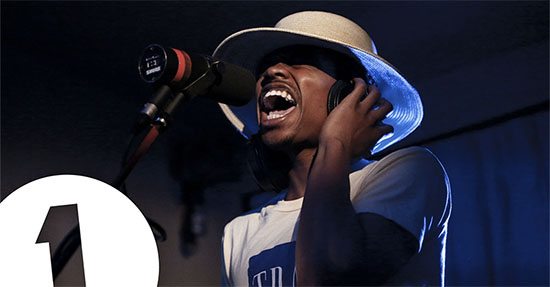 Rising Georgia creative Raury continues to find himself in the right place at the right time. Recently he ran through BBC Radio 1 studios and launched into a magical performance of his “Cigarette Song.” With his guitar and a few band members in tow, the budding young crooner gave his all in the super intimate space in London.

Having referenced influences like Childish Gambino and Kanye West in the past, Raury manages to do quite a decent job at living up to and maybe even surpassing their performance qualities and styles. While I’m not into cigarettes at all, Raury seems to make a pack of Newports sound quite romantic. He can hold off on the second hand smoke, but we will certainly take more magical performances like this from him in the future. With André 3000 singing his praises and Om’Mas Keith confirming a forthcoming collaboration, you’re going to want to continue to keep your ears and eyes open for more from Raury.