SoulBounce’s Class Of 1994: Aaliyah ‘Age Ain’t Nothing But A Number’ 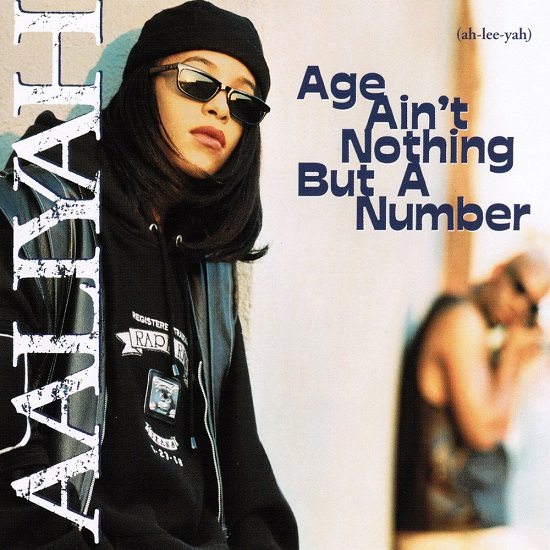 In a perfect world, Aaliyah would be celebrating the 20th anniversary of her debut by reminiscing about her entry into the industry and celebrating how that start brought her to where she is now. Sadly, we all know how Aaliyah's story ended, but instead of focusing on the tragedy of the rising R&B star's untimely death (and that dubious Lifetime biopic that was released this past November), we'd like to take a look back at Aaliyah's street but sweet debut album, Age Ain't Nothing But A Number.

Though she would later (and rightfully) distance herself from R. Kelly, her debut wouldn't have happened without the musician/producer's involvement. Kelly produced the entirety of Age Ain't Nothing But A Number, from the gospel harmonies of the intro to bonus track "That Thing I Like," and he wrote every song except for the cover of The Isley Brothers' hit "At Your Best." It shows all too well in the album's sound, which was similar to R. Kelly's previous debut solo effort the year before, the album was filled with late New Jack Swing grooves and lyrics much too grown for then-15-year-old Aaliyah. While that combination proved to be the kiss of death for many of the teen upstarts from that era, it proved to be the sweet spot for the singer.

Part of the reason for the success was the unique talent and look of Aaliyah herself. The young talent, who was a part of the many young stars who burst on the scene in 1994, was a different kind of teen star. Her thugged out style, completed with plenty of bandanas, plaid shirts, midriff baring tops and sagged pants, went against the squeaky clean teenybopper images of past years and gave her distinctive edge. But as hard as her exterior was, her voice was soft and innocent, with Aaliyah adopting a tender falsetto for most of the tracks to add a sweetness that tempered the hard-hitting production that Kelly provided.

The duo kicked down the door first with their "funky, mellow groove" "Back & Forth." Dropping in the spring, the track was destined to be a hit with its dance floor-ready sound and built-in dance moves that were sure to get a party started. It also was the perfect preview of Aaliyah and R. Kelly's musical chemistry. The song's biggest draw was the interplay between their voices, with Kelly providing ad-libs and the song's rap verse while Aaliyah sang about kicking it with her girls at a weekend party. It was also indicative of the vibe throughout the album.

Songs that populated the album like "Throw Your Hands Up," "Down With the Clique" and "No One Knows How to Love Me Quite Like You Do" followed a similar formula to "Back & Forth," pairing Aaliyah's vocal with deep bass lines and thumping New Jack Swing drums. The young singer handled each one with as much swagger as rappers at the time, often injecting a knowing sass into the adult lyrics that went well beyond her years.

But for those who thought Aaliyah could only handle highly-produced music made to make you move, all they had to do was look at Age Ain't Nothing But A Number's back half, which was laced with slow jams that highlighted Aaliyah's vocal abilities perfectly. Second single "At Your Best," which starts with her singing a cappella and showing off her honeyed upper register before settling into the restrained recreation of The Isley's '70s groove. She got a bit more assertive on the album's title track "Age Ain't Nothing But A Number," which was the set's third single, a bedroom jam that was music to the ears of the fast-tailed set. The album's remaining tracks, "I'm So Into You," "Street Thing," "Young Nation," "Old School" and "I'm Down," didn't quite match the energy and quality of the singles and standouts and definitely lacked the timeless quality. That being said, each still managed to show what Aaliyah would be capable of in future outings.

Age Ain't Nothing But A Number would go on to double platinum status, cementing Aaliyah's arrival and making her an artist to watch in the R&B scene. However, her personal dealings with (and marriage to) R. Kelly would go on to overshadow the album's success and bring doubt to whether or not Aaliyah could match her breakout success. With a few changes to her production team and a slightly sexier edge to her style, the singer would prove her doubters wrong with follow-up One in a Million and her self-titled third album and even ventured into film success with her box office hit Romeo Must Die. Had she not taken that ill-fated plane ride in the Caribbean, who knows just how high her star would've risen. While pondering the what ifs are enough to make the hurt of her loss sting even more, we luckily have albums like Age Ain't Nothing But A Number to remember just how brilliantly that star shined while we had Baby Girl here on earth.