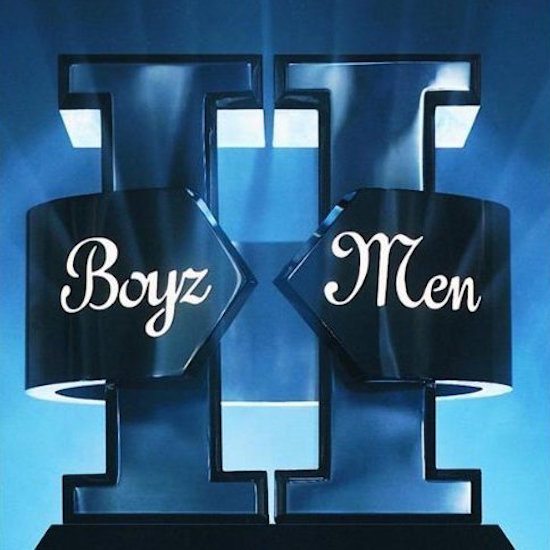 Back in the early and mid-’90s, no amount of Boyz II Men could satisfy hungry fans. Every TV cameo, every backing vocal, every piece of swag was devoured by their rapidly growing legion. All of this came after the group shattered Elvis Presley's record for consecutive weeks atop the Billboard Hot 100 in 1992 with "End of the Road" from the Boomerang soundtrack. The fab four — Shawn Stockman, Nathan Morris, Wanya Morris and Michael McCary — had already sealed their place in pop music's record books, but it was only the tip of the iceberg of their chart-topping success, because while they had bested a king, in 1994 they conquered pop music with the release of II.

Arguably a much safer and accessible album than predecessor Cooleyhighharmony — which leaned heavy on New Jack Swing sounds and contained the sensually suggestive "Uhh Ahh" — II found several of its tracks travel from school dances into rotation on grunge/alternative-heavy playlists on pop radio and MTV up through 1995, where sometimes the only R&B offerings would be from the squeaky clean Boyz. It's no surprise then that the album went on to sell 12 million copies in the United States, and became an approved favorite of the urban and white kids on the block.

But in hindsight, how could the eagerly anticipated set have failed? The Babyface-penned "I'll Make Love to You" that led II was risqué material for hormonal tweens and teens at the time, despite lyrics that bordered on being corny against its saccharine-sweet melody. But found within this song — their second No. 1, which tied No. 1 time with Whitney Houston’s “I Will Always Love You,” a song that stole the record they achieved with "End of the Road" — were sing-along verses and refrains that welcomed everyone to an orgy of feel-goodness only acceptable from Philly’s preppy foursome. (And can we talk about the Duane Martin-starring video? Classic '90s.)

But so popular were Boyz II Men that the group replaced itself in the No. 1 slot with the Jimmy "Jam" Harris and Terry Lewis-produced "On Bended Knee." The secret weapon of teenage boys the world over, the tune was more sophisticated lyrically than "I'll Make Love to You," but simple in the group's signature execution: tight four-part harmonies, a Wanya-whined bridge and a spoken-word breakdown by Mike, aka "Bass." Guest appearances from Kim Fields, Renée Jones, Lark Voorhies and Victoria Rowell in the music video didn’t hurt, either.

The "if it ain't broke" cliche played out with the third single, the ballad "Water Runs Dry," another tear-jerker from of-the-moment producer Babyface that poured on the waterworks with its message of making it through tough times and dry patches in a relationship. By contrast, both in tempo and in message, "Thank You" added some much-needed spunk to the singles' collection from II. The song also took the gang back to its New Jack Swing sensibilities and blended them with the vocal harmonies that made many a fan swoon.

Rather than lament their status as superstars a la New Edition's "N.E. Heartbreak," "All Around the World" — also co-penned by Jam and Lewis — reveled in global travel and looking for the perfect woman. But when the right one was spotted in the tune "Jezzebel," the Boyz ditched being shy and instead stepped to this fine young lady before she could slip through their collective grasp.

Slipping away was the theme of slow-burning "Trying Times," a song so delicate you'd think it would break under the pressure of the strained relationship discussed throughout the lyrics (co-written by Tim Kelley and Bob Robinson, who were reportedly slated to produce the entire II album before label heads stepped in). But in "50 Candles" — the "Uhh Ahh" of II — sensuality was on the group's collective minds as the mood-setting piano dripped as softly as melting hot candle wax.

While the party grooved to the open invite of “Vibin’” — the set’s most underperforming chart hit — the Boyz got a bit darker with the hip-hop-heavy melody and the “you ain’t never gonna find a better man than me” message found in “U Know,” another tribute to the Cooleyhighharmony days that could fit firmly in the middle of a mid-’90s R&B/rap mixtape. A cover of The Beatles’ “Yesterday,” the Tony Rich-penned “I Sit Away,” “Falling” from Christmas Interpretations collaborator Brian McKnight and an interlude dedicated to road manager Khalil Roundtree round out this tour-de-force collection.

II would set the tone for 1997’s Evolution, the group's fourth studio album that followed nearly the same blueprint as II, but didn't garner the success. II served to propel Boyz II Men even higher into the pop stratosphere with the Mariah Carey duet "One Sweet Day" — which broke yet another record and still holds the title of most weeks in the No. 1 slot on Billboard's Hot 100 — and served as “home base” for many of the projects and solo efforts that followed, including Wanya teaming with Brandy for the “Brokenhearted” remix, Shawn’s “Visions of a Sunset” from the soundtrack of Mr. Holland’s Opus, the group joining LL Cool J on “Hey Lover,” a Spanish version of II and The Remix Collection, released in 1995. II may have turned the group into a cliché, but it also transformed four guys from Philly into the defining R&B boy band of a decade.