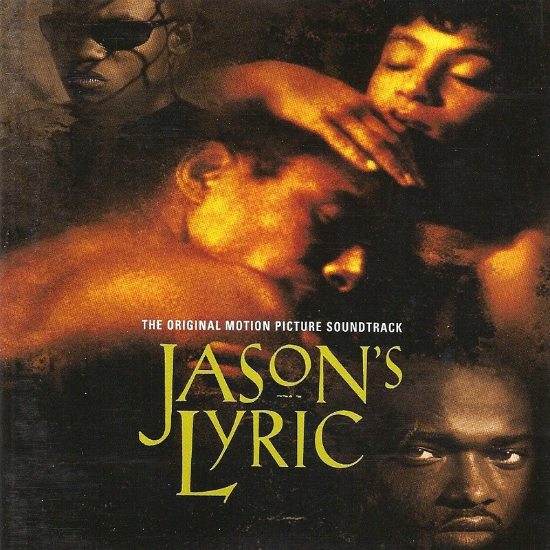 As we’ve noted in the past, the 1990s ushered in a classic era for urban films and their accompanying soundtracks. The year 1994 continued the trend with movies like Sugar Hill, The Inkwell, Above the Rim, A Low Down Dirty Shame and Crooklyn. Oh yeah, and House Party 3...can’t forget that one as much as we may want to. But one movie stood out from them all: the romantic drama, Jason’s Lyric. Directed by Doug McHenry, the film centers on Jason Alexander (played by Allen Payne) as he struggles to break free of family issues and take a chance at happiness with his newfound love, Lyric (played by Jada Pinkett Smith). I was just a freshman in college at the time, but I remember the buzz surrounding this film within the young Black community. It had everything we wanted from a movie (at that time): a handsome protagonist trying to make it out of the hood, a beautiful woman (with a hairstyle that we envied) to support and inspire him, a no good family member/best friend, your friendly neighborhood criminals and, of course, a memorable love scene (or two). Looking back, some of the acting was a bit overwrought and the plot was clichéd. But for the most part, it’s still an enjoyable watch (if for no other reason than to marvel at how freakin' fantastic Jada still looks 20 years later). But does the soundtrack prove just as timeless?

Though the movie was based in Houston, the soundtrack had a strong West Coast vibe, and the album contributors were as varied as the fake southern accents in the movie. Its success was primarily driven by the album's three top songs: “U Will Know” by B.M.U. (Black Men United), “Crazy Love” by Brian McKnight and “If You Think You’re Lonely Now” by K-Ci Hailey of Jodeci fame. The album reached No. 1 on the R&B charts and peaked at No. 17 on Billboard's Pop charts. Pretty impressive for a movie soundtrack, especially considering the movie itself wasn't a huge box office success.

Ironically, the soundtrack opened up with the song that was featured during the closing credits of the movie, "U Will Know." The track, written and co-produced by a young unknown out of Richmond, Virginia named D’Angelo, was an uplifting anthem that instilled a sense of pride within the Black community. B.M.U. featured a ridiculously impressive roster of male R&B singers of the day: McKnight (who also co-produced the song), K-Ci, Aaron Hall, After 7, Al B. Sure!, Boyz II Men, Christopher Williams, Damion Hall, DRS, El DeBarge, Gerald Levert, H-Town, Intro, Joe, Keith Sweat, Lenny Kravitz, Lil Joe from Rude Boys, Portrait, R. Kelly, Silk, Sovory, Stokley Williams from Mint Condition, Tevin Campbell, Tony! Toni! Tone! and Usher. (Seriously, if you weren’t featured on this track, you might’ve questioned your relevance.) The combined voices sounded amazing, and each featured soloist managed to incorporate their signature sound without sacrificing the cohesive flow of the track. And though some faded into obscurity or even passed on to glory, the majority of these artists are still making music and/or touring today.

This soundtrack provided yet another vehicle to showcase K-Ci's star power. His cover of Bobby Womack's classic send-off was guttural, gritty and darn near perfect. After the official disbandment of Jodeci, K-Ci and his brother JoJo Hailey came back in a major way performing as the duo K-Ci & JoJo and release award-winning albums with hit singles like "All My Life" and "Tell Me It's Real." They would also go on to achieve reality TV fame on TV One’s K-Ci & Jo-Jo: Come Clean. Jodeci recently announced plans for a new album and reunited for a performance at the 2014 Soul Train Awards.

Brian McKnight’s smooth, soulful remake of Van Morrison’s “Crazy Love” was an absolute classic that still evokes warm, fuzzy feelings. The GRAMMY-nominated artist enjoyed the height of his fame during the nineties and early aughts with top selling albums like Anytime and Back at One. Determined to be a multi-hyphenate with lasting power, the singer/songwriter also became a producer, talk show host, radio show host, and part-time sex educator.

While those three songs have clearly stood the test of time, there were other notable inclusions on the soundtrack. Oleta Adams rendered a powerful, stirring cover of Jimmy Cliff’s “Many Rivers to Cross.” LL Cool J certainly has better songs than “Candyman” in his catalogue, but like Mr. Smith’s multi-faceted career, it still holds up. Mint Condition’s cover of “If Trouble Was Money” still sounds good thanks to Stokley’s unmistakable tenor and the incredible guitar played by the original artist, blues legend Albert Collins (who unfortunately died before the movie was even released). Tony! Toni! Tone! gave us the searing, emotional tribute "Just Like My Papa." “No More Love” by DRS (aka Dirty Rotten Scoundrels) survives due to good vocals and a great use of Bobby Bland’s classic “Ain’t No Love in the Heart of the City.” Ahmad, who already had a hit earlier that year with "Back in the Day," showcased his charismatic flow once again in “That’s How It Is.”

Other tracks on the album include the risqué “Rodeo Style” by former Sounds of Blackness singer, Jamecia Bennett (daughter of Ann Nesby, and mother to American Idol alum Paris Bennett). Although The Whitehead Brothers never came close to the success of their famous father, they had a minor hit with “Forget I Was a G.” G-Funk was served, courtesy of “Walk Away” by The Five Footer Crew (aka Da Five Footaz), “Love is the Key” by LSD and "First Round Draft Pick" by The Twinz. Jayo Feloney rounded out the West Coast rap acts with a slightly censored “Brothas and Sistas” (listed as "Niggaz and Bitches" in the end credits of the movie). A harder sound came courtesy of the only two southern rappers to make the soundtrack (oddly missing from the Spotify version of the album), Scarface (with "Jesse James") and Spice 1 (with "Nigga Sings the Blues"). The mellow vibes of songs like “Up and Down” by J. Quest, Sovory's “Love is Still Enough” and Juice’s “Left at the Light (House on the Corner)” sound dated now, but helped provide a nice balance to the soundtrack. Another blues legend, Buddy Guy, brought the soundtrack full circle with “This City Needs Help,” prominently featuring a sample from A Tribe Called Quest’s “8 Million Stories.”

Mysteriously missing from the soundtrack are “Little Girl Blue” by Caron Wheeler (apparently, it was available on the audio cassette), "Bring It On" by Geto Boys & Houston All-Stars (aka The Rap-A-Lot Family) and the instrumental that was featured during Jason and Lyric’s epic pastoral love scene.

Overall, the soundtrack definitely captures the essence of the movie and the distinctive sound of '90s hip hop and R&B. So, as far as movie soundtracks go, this one's a keeper. 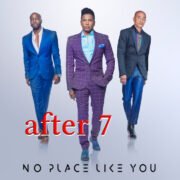