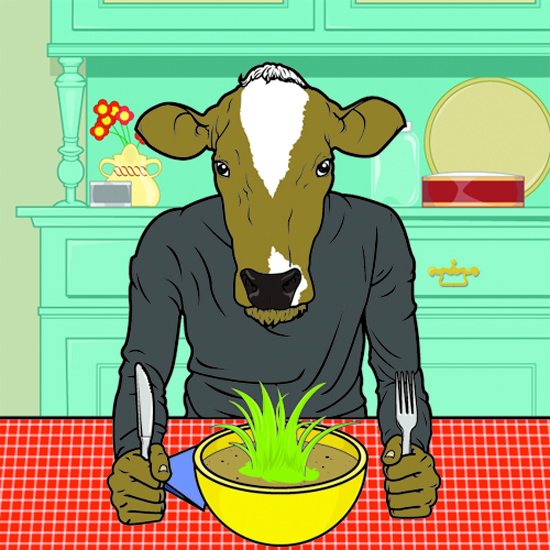 SB: Very true, even think of something like Kim Kardashian and her Paper magazine spread (literally), the thing was break the internet, #breaktheinternet. I mean okay, she did. It was very packaged and Photoshopped and this that and a third. Then by the weekend, people weren’t even thinking about her because Solange came out with her wedding photos, like BAM, she put down the big joker, and she really broke the internet because people were going crazy and it came out of nowhere.

TB: And I also think made people completely forget about the elevator incident, which broke the internet when that happened. It is a constantly moving world, with social media, everybody can get a word in because conversation is moving so quickly.

JC: I think as artists, and Terrence kind of touched on something that was really important, is that the one thing that we’ve had to realize, and probably the reason we sat in beta mode for a couple of years, was that we had to be ready for change. Modern artists have to adapt to change so quickly. That’s one thing that is really important is being somebody that can move with the conversation and somebody that can correct errors, or a course correction as they call it, very quickly and understand that the cameras are always on and so you have to be very careful. I think that’s the slippery slope that you run into as an artist is that the cameras are always on and it’s really hard. For as big as all of these artists are, they are people. Naturally as a person, you only think about yourself. There is always a need to be left alone and so no matter how much money you have, I can imagine that at a certain point you just want to be left alone. You want the feeling, the sensation that comes with doing something in private.

JC: I think when you look at whether it is the Kim Kardashian thing or the Solange thing, I think that both of them are using the internet and their fame in a way that they are dictating, they are driving the conversation. You may not like Kim Kardashian or what she stands for, you may not like the things that she does, but the one thing I can always admire about her is that she owns who she is and does a great job of inciting the conversation.

TB: In whatever direction she wants.

JC: One thing that is important, and historians will tell you this, that you may not be able to discuss 25 years from now. You look at Madonna or any of the vixens of the day, we have a whole different kind of idea of Madonna now, than we did then. Or Marilyn Monroe. Marilyn Monroe she was the Madonna of her age and she was a woman who was very much scrutinized, but you look at back now and Madonna is such an icon. I think that’s how it goes when it comes to women and womanhood. A lot of times, hindsight is 20/20, it’s an easy thing to say something about Solange, it’s such an easy thing to say about Kim Kardashian, but when you look back you’ll see that they were able to get their acclaim and tried to own the situation. As an artist, that’s really what you want to be able to do, hear all of the conversation and move it to where you want to move it. You really are seeing the wheels fall off the wagon when you can’t control the conversation and you can’t speak for yourself and people don’t get a good understanding of what you are to stand for. So, I think as ACEG, we just try to be very strategic about what it is that we say and do. That’s kind of the reason why we went so “anonymous” because it’s not really about Terrence or Reneeka or me, it’s about the music.

SB: Okay, I totally feel you on everything. It’s very important that artist make music that speaks for themselves, but also speaks to the bigger picture. I think that you guys are definitely doing that with All Cows Eat Grass and I cannot wait to hear what is next on the plate. I had the appetizers, I have the main course, and I’m sure there are some desserts coming and hopefully more full course meals that are very filling and satisfying. Any final thoughts from you guys? If you could describe All Cows Eat Grass in a sentence to someone who has never heard of you all what would you say?

JC: Reneeka, you want to take a crack at that one?

TB: Hmmm…I could say we all win with love. I could say a lot of different things. This has been a great interview because you really like dug in with your questions and made us think a lot.

TB: And we really appreciate that.

RR: Yeah, we definitely can sum ourselves up with our songs. So, even when you think you ain’t gotta be the shit, you don’t even need a chick, if you wanna be legit all you have to do is this, try to make it look cool.

SB: Okay, I like how you’re relating your lyrics from songs to describe yourselves, that’s hot.

RR: Yeah, that’s all it is. Definitely three kids, well, I guess we’re grown, we’re just living, having fun, taking in the experience, being very grateful for all that we’ve been blessed with and just enjoying this life that we’re in.

SB: Well alright. Thank you for sharing your talents with the world. You definitely do make it look cool. (laughter)

TB: Thank you so much.

SB: We are SoulBounce so I have to ask this question, for each of you individually, what makes your soul bounce?

TB: Hmmm…now that was a good one.


TAGS:  All Cows Eat Grass, janelle monae, jaspects, Jeff Cohran, Reneeka Rae, T Brown, wondaland arts society
Previous: Is Floetry Back Together? This ‘Floetic’ Performance Has Us Hoping So Next: José James Will Honor Billie Holiday With ‘Yesterday I Sing The Blues’