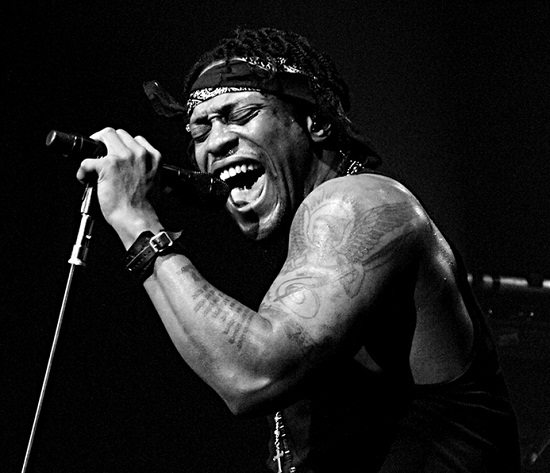 After his long hiatus, it looks like D'Angelo is jumping headfirst into the spotlight. First he announced his The Second Coming Tour that's set to thrill European audiences next month. Then, after dropping the gift of Black Messiah in our surprised laps, he announced a one-off show at Harlem's famed Apollo Theater on February 7th. Now, D is making another power move by gracing the stage of Saturday Night Live.

While this would be a joyous occasion for anyone, especially someone coming off a 15-year break from the public eye, what makes this even sweeter is that it'll be D'Angelo's SNL debut. Yep, in his 20-year career, the singer has never made an appearance on the famed sketch show. All that is for sure about the performance thus far is that his backing band, The Vanguard, will be along for the ride. Outside of that, the questions and possibilities are endless. What songs will he perform? Will he get a Prince-sized super set or two separate performances? Will he participate in a sketch? OK, that last one is highly doubtful, but the rest will definitely be on our minds.

Guess we'll all just have to check out the show when it airs to find out what will happen. Cancel all your plans (or at least set your DVRs) on Saturday, January 31st so you can be in the number when D brings that voodoo that he does all so well to a TV near you.