JP Cooper Is Here ‘When The Darkness Comes’ 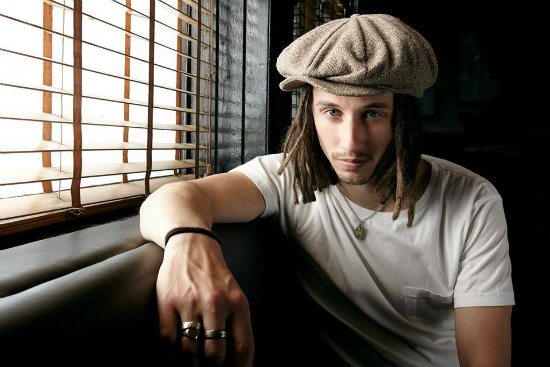 Newcomer JP Cooper is ready to make his worldwide bow with his upcoming release, When the Darkness Comes, due out January 26th on Island Records. The dreadlocked Brit got his start playing in rock bands, but he eventually gravitated towards soul music. The result is a unique and stripped-down sound that is sure to soothe the soul and draws from a variety of influences ranging from Pearl Jam to Ben Harper to Bob Marley. After working his way around the local scene, his hard work paid off last year in the form of a deal with Island Records and earned him a spot opening on Angie Stone's European tour. Now the rest of the world can bear witness to his sound with this EP sampler. An early standout is the title track, a stripped-down plea to make his relationship work. The EP's first track also hits its mark with its opening gospel-tinged harmonies. Cooper will continue spreading his sounds in 2015 with a newly-confirmed performance at this year's SXSW festival. In the meantime, get acquainted with Cooper's latest below and be sure to check out the full EP when it drops.