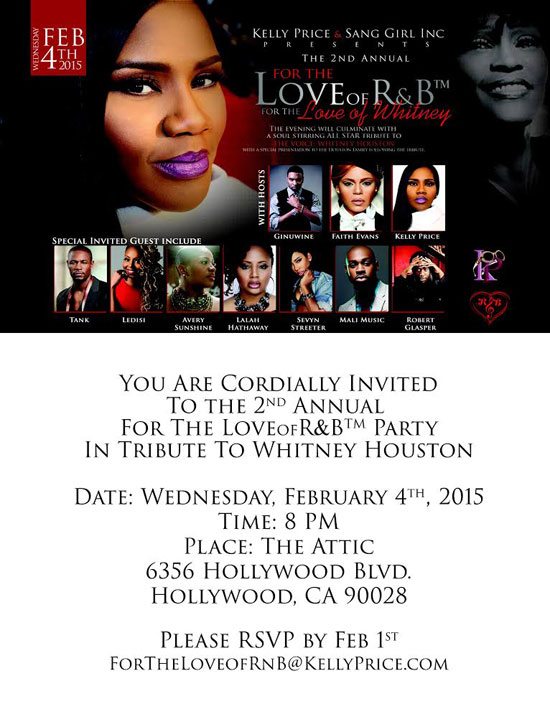 The 57th GRAMMYs are almost here, and with the much-anticipated awards show also comes the parties and sadly the anniversary of Whitney Houston's passing. If you recall, Whitney made her last public appearance before her death in February 2012 at her friend Kelly Price's pre-GRAMMY For the Love of R&B event, where they sang a duet of "Jesus Loves Me." This year, Kelly revives her For the Love of R&B party, this time subtitled For the Love of Whitney, to honor the late singer. On February 4th, Kelly along with Ginuwine and Faith Evans will host the 2nd annual party, which includes invited guests Tank, Ledisi, Avery*Sunshine, Lalah Hathaway, Mali Music and Robert Glasper.

Based on the caliber of artists involved, we're pretty sure the performances will be epic and will indeed give Whitney the tribute she deserves. The festivities with Kelly and co. will happen on February 4th at The Attic in Hollywood. Admission is free but you will have to RSVP by February 1st by sending an email to fortheloveofrnb@kellyprice.com. If you can make it, don't walk but run to the party, and we'll just sit here waiting patiently for the footage from this soulful shindig. 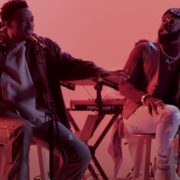