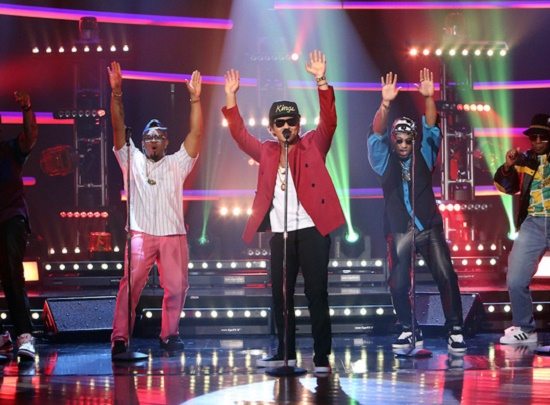 Mark Ronson has a lot to celebrate this week. For one, he's just released his latest album, Uptown Special, a bumping, funky trip that's heating up these cold January days. And then the album's popular first single, the Bruno Mars-featuring "Uptown Funk," just hit the top of the Billboard charts.

They hit The Ellen DeGeneres Show to perform the high voltage number and thrill the audience. While Mark played DJ, Bruno and his crew started things off with an audience sing- and dance-along and then eventually moved around the entire set, even dancing with the host herself. In fact, they heated up the stage so much that firemen had to come out at the end of the performance to cool things down. While this particular performance wasn't as choreographed as previous outings, it was a good time just to watch all the shenanigans going on (and yet another reason to jam to the song).

Check out the lively performance right here and, if you haven't already, be sure to pick up a copy or two of Uptown Special, which is in stores now.


TAGS:  bruno mars", mark ronson, The Ellen DeGeneres Show
Previous: Ciara Is Sure You’ll Regret Leaving Her On ‘I Bet’ Next: Gwen Stefani & Pharrell Williams Show Us How To ‘Shine’ With Lyric Video 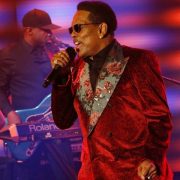