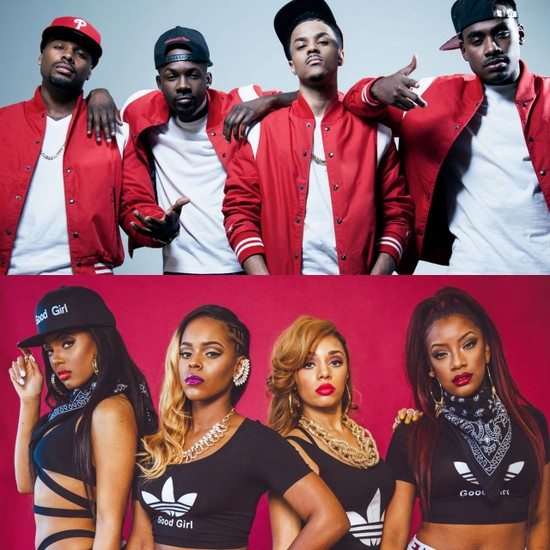 Philly-based quartets MPrynt (made up of crooners Budda, Rael, Tyce and Faheem) and Good Girl (comprising singers Megan Nicolle, Morgan (“J.L.”), Courtney (“Bobbie”) and Arielle) have teamed up for “The One Sweet Day Project” -- a visual tribute to those who have lost their lives due to racial injustice and police brutality.

The collaborative effort, a remake of the power ballad by Mariah Carey and Boyz II Men, is an audacious undertaking, given the success of the original song.  Written by Carey and the four original members of the group (Wanya Morris, Shawn Stockman, Nathan Morris and Michael McCary), “One Sweet Day” was released 20 years ago on Carey’s Daydream album, and it has the honor of being the most successful song in the history of Billboard’s Hot 100, spending 16 weeks at number one.

The newcomers did an impressive job, not just vocally, but also with capturing the emotive tone of the 1995 classic. There’s no need to reinvent the wheel here, so the singers stayed very close to the original arrangement. Yet, somehow, they manage to make it sound like a tune that was created just for their voices. More importantly, though, they honor the true inspiration behind the project by urging people to, “Please take the time to research every name lifted up in this video, for their stories and those of countless others should all be known.”

Directed by Stephen Han, the simple visuals (mainly shot in black and white) feature both groups clad in all-white, singing together on stage in an empty auditorium. Highlighted by pictures and video clips of recent events in places like Ferguson and New York City, the poignant tribute provides a modern-day perspective to the timeless lyrics. To drive the point home even further, photos of various celebrities (including John Legend, Elle Varner, Marsha Ambrosius and Shawn Stockman) holding signs with names of the fallen are interspersed throughout the duration of the video. One could argue the decision to use the all-inclusive hashtag #ourlivesmatter instead of the bolder #blacklivesmatter. But regardless of your socio-political stance, we can all agree that this song and video shine a light on an issue that impacts us all. 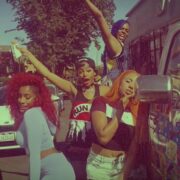