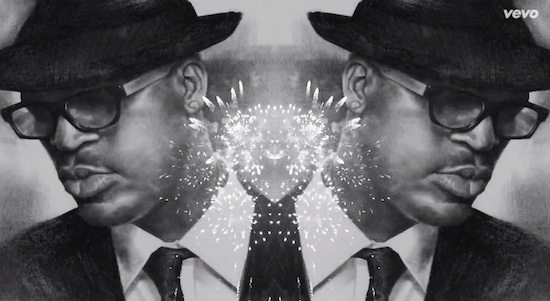 As he preps for the release of his forthcoming album, Non-Fiction, Ne-Yo has released "Who's Taking You Home," yet another new track to keep folks in anticipation. We already heard a number of cuts from the new album, and so far it sounds like Ne-Yo will be sticking to his simple formula of R&B/pop sing-alongs about living the champagne life and admiring beautiful women. Ne-Yo's pop stardom shows that his formula has worked well for him in the past. However, lately it has become boring and leaves us wishing to hear more substance from the talented crooner.

"Who's Taking You Home" lacks Ne-Yo's gifted knack for telling a meaningful story through his lyrics. The premise of the song is made plain in the title. He is attracted to a beautiful girl in the club and wants to take her home. The end. The music is just as flat as the superficial lyrics. Produced by David Guetta, the mid-tempo song is driven by a piano and drums. Eventually, the tempo rises with an electronic dance beat by the end of the song. Not every song has to be a masterpiece, but expectations are high for a talented artist that will release their sixth album in a few weeks. At this point in his career, Ne-Yo shouldn't have to record boring and pointless songs such as "Who's Taking You Home." We know his talent and skills can give us something much better.

Peep the lyric video below, take a listen to the track and tell us your thoughts. Non-Fiction will be in stores on January 27th.