SoulBounce Exclusive: Emmavie & Ego Ella May Heat Things Up In ‘I Hope We Never Break Up’ 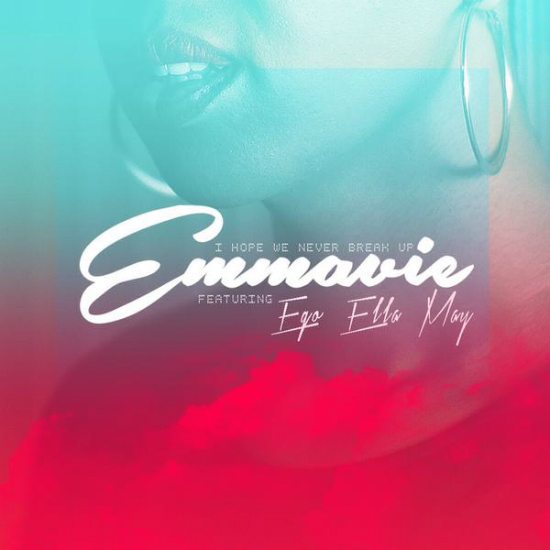 When you think of women in the R&B/soul music realm who sing, write and produce, that list is unfortunately a short one. The names Missy Elliott and Angela Johnson immediately come to mind, right before the sound of crickets. Well, get ready to expand that list of triple threats with the addition of Emmavie to the bunch.

The 24-year-old Londoner first came to our attention for her production work with Marie Dahlstrom, but she is an artist in her own right. She released the EP L+VEHATER last year, and she is currently putting the finishing touches on a new EP. This latest collection in entitled Honeymoon, and it will be released soon. In advance of its release, SoulBounce is elated to present the world premiere of the single "I Hope We Never Break Up."

On "I Hope We Never Break Up," Emmavie lays down a sexy soundbed of synths before she sensually sings to her significant other to lay down and let her take care of the rest. She can't get or give enough, and she expresses this with her plea from the song's title on the chorus. Emmavie isn't alone in this seduction situation, with her long time friend and fellow musician Ego Ella May joining in and lending her voice to the proceedings. Their voices complement each other beautifully, and together the sirens make it easy to fall in love with this song.

"I Hope We Never Break Up" is reminiscent of a '90s slow jam -- one that is perfect for body rolling and rolling around between the sheets. Emmavie's throwback production is as impressive as her songwriting and vocal skill on this track. This is a scorcher, and right in time for Valentine's Day (or any after hours) playlists, too.

Emmavie has a show in London on February 8th, where she will be performing this song and more from her growing catalog. Tickets are available now on Ticketmaster. Keep up with all things Emmavie on her website, which has links to all of her social networks, and get into her grooves on Bandcamp and SoundCloud.