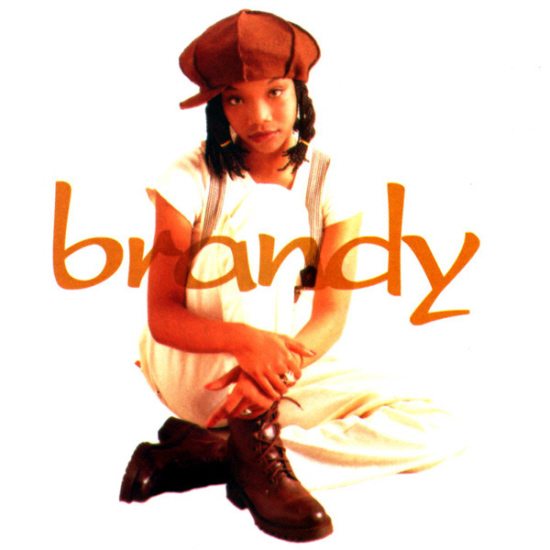 What were you doing at the age of 15? If you were Brandy Norwood you were releasing your debut album, racking up four top 10 hits, scoring two GRAMMY nominations (Best New Artist and Best Female R&B Vocal Performance) and pretty much unknowingly laying the groundwork for the future of R&B. Yet with all of those big milestones and star-making accoutrements, Brandy was still like a lot of us who were coming of age during the mid-90s as she too was feeling the butterflies and heartbreaks of growing up. The only difference was that she couldn't keep her feelings under lock and key, as her diary was flipped open, exposed for the world to experience the innocent musings of a young girl just itching to be grown.

The mid-90s was clearly the rise of the teen star, as fellow R&B acts such as Usher, Immature and Brandy’s future duet partner, Monica, made their debuts all before blowing out sixteen candles. Still Mississippi-born, California-bred Brandy’s big competition at the time was a young girl from Detroit named Aaliyah Haughton who had released her debut, Age Ain't Nothin’ But A Number, only four months prior. While Aaliyah was cool, confident and could hang with the boys while rocking the latest in Tommy Hilfiger wear, Brandy rocked synthetic braids, tailored overalls and a sweet smile and stood poised in her purity as she presented a girl-next-door type of vibe that was similar to the initial guise of her idol Whitney Houston.

But forget about pinching those cheeks, Brandy waxed her angst and awkwardness with precocious intellect, as her first single, "I Wanna Be Down," was anything but coy. Curtains of slinky synths parted when Brandy asserted that she wanted to be "the kind of girl you could be down for" and she fell into a bed of slow and rich harmonies that dressed Brandy up as a mini-Mary J. Blige. To really no surprise, everybody was down for what Brandy was delivering as it reached No. 6 on the Hot 100, and proved to be a successful debut that solidified that Brandy was onto something big.

Though inspired by the mezzo sopranos of idols Houston and Mariah Carey, Brandy’s tone dipped into a breezy, sometimes husky lower register, it carrying shades of her gospel upbringing (her father Willie Norwood is a notable gospel singer) and standing out in an era of big-voiced divas. Her second single, the Rahsaan Patterson-backed "Baby," truly showed her unique range as her voice just jumped from the threaded plucky basslines and drum slaps with a flow that was anything but juvenile. Though Brandy felt some apprehension of singing about particular topics she had little to no experience with, Brandy’s main producer Keith Crouch allowed space for her to sound playful as well as be sincere to her experiences as third single, the bouncy "Best Friend," was all about being tight with her younger brother, singer Ray J.

While on the flip, the No. 9 charting final single "Brokenhearted" was a sweet, morose ballad that dealt with the aches of first heartbreak. Its premise worked for little ol’ me back in 1994, as while I tacked Teen Beat posters to my walls and wrote in the pages of my Lisa Frank diary, I too was wistful about my unrequited loves, but Brandy soothed it all over as she made it okay to have these feelings, and in singing "life’s not over, I can start again," I knew that someday there would be some other knot-head boy to pine for. Some of the doe-eyed innocence of "Brokenhearted" was extracted though once Boyz II Men's Wayna Morris came into the picture for the song’s 1995 re-dress, and while I appreciate the addition of Morris' vibrant tone, Brandy's lonesome dove coo gleans it with better intimacy.

Keith Crouch, whose work roster previously featured Caron Wheeler and Nona Gaye, gets gold stars for the first half of the album as it's hit-laden throughout, with the outlier being the funky horn persuasion of the opening track "Movin’ On," which had "hit" written all over its boomerang bass licks and motivational lyrical bed. Brandy’s other line of producers, Somethin’ For The People, Crouch’s brother Kenneth Crouch and future Underdogs' member Damon Thomas, aren't slight about keeping Brandy as an endearing soul siren, as they provide her with other notables like the mellow melt of "Always On My Mind" and the warm smile of "Sunny Day."

Things did go from stylish studio to the high school talent show, with the finger-snapping call and response of "Give Me You" and saccharine ballad “Love Is On My Side,” which was penned by a then 16-year-old Robin Thicke. Still Brandy poured her all into these vocal performances, flexing her gospel chops superbly. Outside of the hits and the scattered standouts, the album’s latter half does come off being a little too clean, a little too polished to where some of Brandy’s vocal personality is scrubbed out, and with some aspiring techniques (the “I Dedicate” interludes while endearing, overstay their welcome) not taking off.

While deemed wholesome and gentile on its arrival, Brandy has since become an album that has aged gracefully as it encapsulated the mid-90s R&B sound, and in turn inspired a slew of soul music’s newest practitioners like Erykah Badu and Jill Scott, who both cited the impact Brandy made on their prospective and ground-breaking debuts. Brandy herself, has grown from her debut’s experience in ways that are hard to ignore. With so many who become stars at young ages and who peak and fizzle out by the time the cuteness wears off, Brandy’s star seems to have illuminated after Brandy.

In 1997, after swearing off acting after her early days on the short-lived 1993 sitcom Thea, she returned to acting to star in the hit UPN family comedy, Moesha. Later on she slipped into glass slippers and worked alongside her idol, Whitney Houston for ABC’s Wonderful World of Disney’s racially diverse retelling of the Rodgers and Hammerstein musical Cinderella. 1998 saw her releasing no sophomore slump, as Never Say Never became her biggest-selling record, scoring her a GRAMMY and two No. 1 hits. Amid the hits, Brandy endured some misses as a fraud marriage and tragic auto accident loomed over hers legacy -- not to mention her being the older sister of sex tape trouser snake and reality show rake Ray J. Yet, Brandy has kept movin’ on and came back to music with even more acclaimed albums in her pocket, most notable 2004's Afrodisiac, and most recently, 2012's Two Eleven, and has consistently been a presence on film and TV.

Brandy dipped back into the spotlight when she strutted out strong at the recent 2014 BET Hip-Hop Awards blowing off 20-year-old dust off of the hit that brought her to prominence. With the femme hip-hop troop of Queen Latifah, MC Lyte and Yo-Yo backing her up for the song’s renowned remix, Brandy remained sharp and focused as her youthful days, but gone were the combat boots and the anxieties as now before us stood a woman who had come full circle, confident and now fully grown.