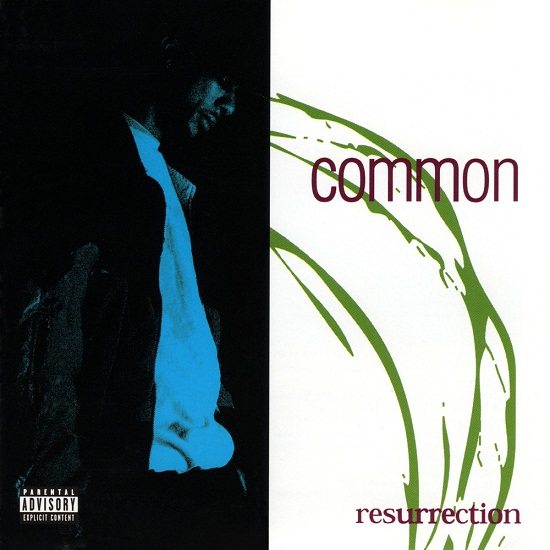 With that opening line, from the now iconic track "I Used To Love H.E.R.," Chi-Town emcee Common Sense officially made a name and lane for himself in the music industry. But we're getting ahead of ourselves. Though his career started back in 1992 with Can I Borrow A Dollar?, it was 1994's Resurrection that really saw the rapper, who today is known simply as Common, come into his own. Where Can I Borrow A Dollar? was much harder hitting both in sound and approach, Common and producers No. I.D. and Ynot approached this set with a much more polished sensibility, utilizing jazz and soul samples that tapped into the aesthetic that had been the bread and butter of East Coast acts like A Tribe Called Quest.

Title track "Resurrection" kicked off the album and showed that this was going to be a different side of the rapper. Over the boom-bap infused jazz samples, Com got raw as he kicked flows full of braggadocio and bravado. It was a common (no pun intended) theme over the course of the album, with tracks like "Watermelon," "In My Own World (Check the Method)," "Nothing to Do," "Communism, "Thisisme," "Sum Sh*t I Wrote" and the smoothed out "Orange Pineapple Juice" finding him switching between bragging about his rhyme skills to his sexual prowess and which starlet he'd like to bed. But Resurrection wasn't just all about Com's ego. On songs like "Book of Life," "Chapter 13 (Rich Man vs. Poor Man)," "Maintaining" and of course with his father, Lonnie "Pops" Lynn, on the first in a long series of album appearances on "Pop's Rap," he addresses the ills of his community as well as the economy, bringing up social inequality, violence and racial struggles.

And of course, we can't talk about Resurrection without talking about "I Used To Love H.E.R." The track, a metaphor for the rapper's love affair with hip-hop, was a defining musical moment. On it, he documented the music and culture's movement over the years and across the country, from its b-boy and b-girl beginnings to its moves to the West Coast and how it seemingly lost its way as it became more and more commercially viable. He did it all over a sweet flip of George Benson's "The Changing World" and a few sampled lines from 1990 film The Five Heartbeats. It was, without a doubt, the song that put Common on the map, even getting the Midwest MC into a beef with Ice Cube over some of its lyrics (and spawning a diss record from Westside Connection and his own masterful comeback "The B***h In Yooo") and spawning remakes and reimaginings by The Roots and eventual girlfriend Erykah Badu. It even inspired a movie, 2005 romantic comedy Brown Sugar.

Having only peaked at No. 179 on the Billboard 200 and singles "I Used To Love H.E.R." and "Resurrection" peaking at No. 91 and No. 88, respectively, on the Hot R&B/Hip Hop Singles & Tracks chart, it's safe to say that Resurrection wasn't a mainstream success. While that may be true, it marked a change in Common, with it being the last time that we'd hear this side of Common, a maturing, yet sometimes petulant young MC with a fiery hunger. In a way, Resurrection marked the rebirth of Common into the more laid-back rhymer that we would come to know over albums like One Day It Will All Make Sense and Like Water For Chocolate.