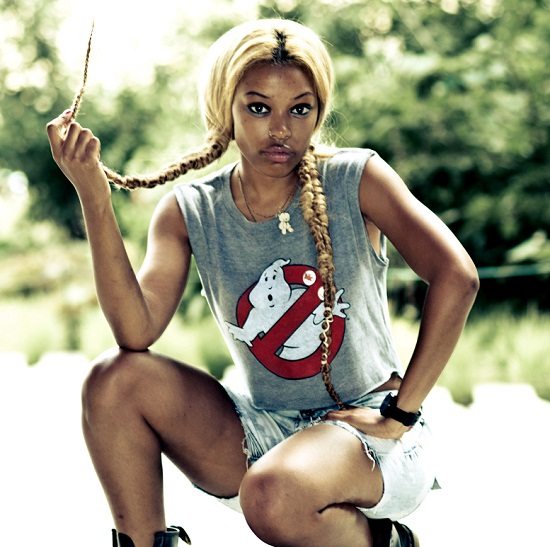 Noteworthy Factoid: Nyemiah was an intern for Juelz Santana before making her musical debut.

While Tim was introducing Tink, I couldn’t help but think of his other recent protégé Nyemiah Supreme. For those of you still unfamiliar with the rapper, she is best known for her debut single “Rock & Roll,” which featured Timbaland, and for starring on the Oxygen reality show Sisterhood of Hip-Hop. Supreme got her start as a backup dancer for Chris Brown and later as an intern for Dipset. She had a chance meeting with Timbaland, and the rest is history. Or rather, history we’re still waiting to unfold for the blossoming MC.

Meanwhile, Timbaland is expressing how his new protégé Tink made him want to do music again and how talented she is and how she’s about to change the game, how we haven’t seen a rapper like this since Drake and that she’s the best thing since sliced bread and even comparing her to Nas and Biggie at her age. If Supreme has an inferiority complex because of all of this, I wouldn’t blame her. Come rest your head on our shoulder.