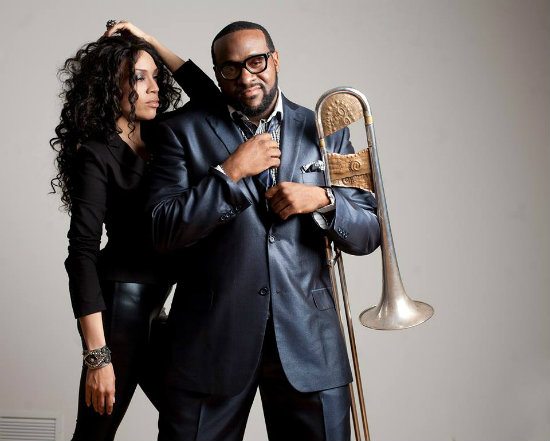 What happens when Jeff Bradshaw, Eric Roberson, Tweet and Robert Glasper get together? Nothing but pure awesomeness, of course. For his latest single, "All Time Love," Bradshaw calls on the talents of his friends and the result is a pleasant, mid-tempo song that leaves us wondering why these four haven't joined forces sooner. Erro and Tweet's voices fit together beautifully as they sing about running into an old flame. Meanwhile, Glasper's signature tinkling of the ivories adds a warmth and vibrancy to this two-step worthy tune.

"All Time Love" is the first single taken from Bradshaw's upcoming CD, Home, due out in March on Shanachie Entertainment. The album was recorded last year at Philadelphia's Kimmel Center for the Performing Arts and features appearances by Bilal, Marsha Ambrosius, Kim Burrell, Take 6, Trombone Shorty, Kenny Lattimore and Najee.