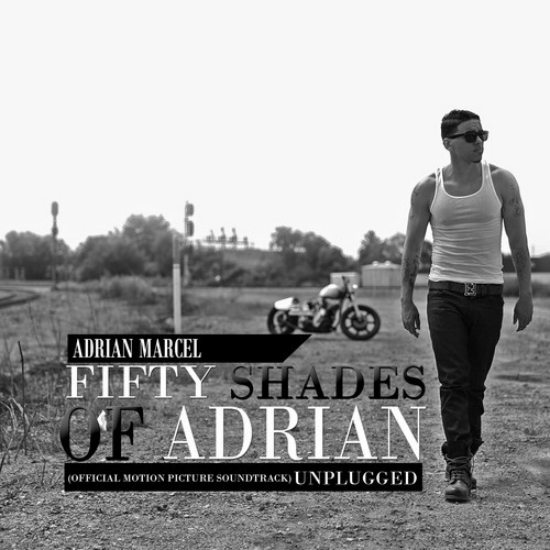 Adrian Marcel recently jumped on the Fifty Shades of Grey bandwagon, but we can't really be mad at him. The Bay Area singer/songwriter delivers six tracks in the acoustic rock and soul-infused mixtape Fifty Shades of Adrian: Unplugged. Showcasing the many sides of Adrian's vocals on top of a guitar, the mixtape opens with a passionate cover of the Screamin’ Jay Hawkins classic “I Put a Spell on You.” Adrian sings like a man scorned who actually has access to some serious voodoo. He then taps into the rock/pop realm with Avril Lavigne's "Give You What You Like," where he invokes some angst. Each cover gives us an Adrian we don't often hear but they clash with the rest of the tracks, which hail from his previous mixtapes 7 Days Of Weak and Weak After Next. Either way, this mixtape could easily be on repeat and added to whatever you name your romantic/rebound playlists.

Adrian also just released the visuals to his latest single, "Liar," from his upcoming Weak After Next Reloaded mixtape, which debuts in March. In the video, Adrian takes us on a tour of the Bay Area and also manages to steal someone's girl. He reads the girl's current man for filth and then convinces her she should be with him singing, "I can tell that you ain't rollin with a winner / I can tell that he ain't never took the time / I could tell you something in your life is missing / And if you tell me it ain't me, then girl you lyin'." Whether he's telling the truth or not, he gets the girl — and maybe he played her his Fifty Shades mixtape after their date to seal the deal. Get your double fix of Adrian when you listen to Fifty Shades of Adrian: Unplugged and then watch the video for "Liar" right here.