Amber Riley Returns To ‘Glee’ Just For ‘You’ 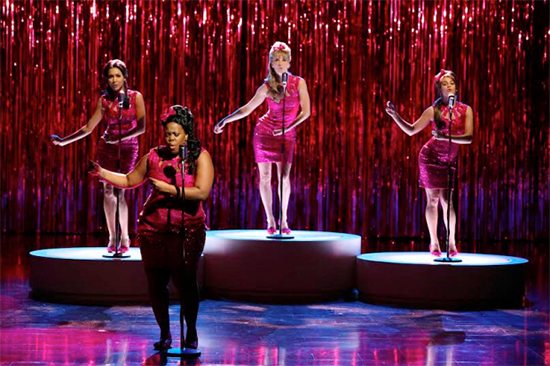 FOX’s hit musical series Glee is currently running it’s sixth and final season, and creator Ryan Murphy is pulling out all of the stops for the show’s last hurrah. As for this week’s episode specifically, Murphy is bringing back Amber Riley and her character Mercedes to once again show the cast how it’s really supposed to be done. If you know anything about this show, you know that while Riley’s character has gotten quite a few unfortunate and even questionable storylines, she always finds a way to save the day with her undeniable vocal prowess and ability to even outshine Rachel Berry (played by Lea Michele) when it’s time to break into song.

This week’s showing pays tribute to Burt Bacharach’s classic catalogue and, as always, Riley steps up to the plate and knocks out “Baby It’s You.” With cast mates Michele, Naya Rivera and Heather Morris tackling background vocals, she finesses her way through a song that Bacharach wrote for the The Shirelles in the early 1960s. Whether she’s tributing Whitney Houston, taking on Lauryn Hill’s “Doo Wop (That Thing)” or digging into this actual doo-wop gem, Riley is a vocal chameleon and manages to always conquer whatever tunes thrown at her in the show. Get into her vintage vocals on “Baby It’s You” and catch this week’s episode of Glee on Friday night at 9 p.m. ET.