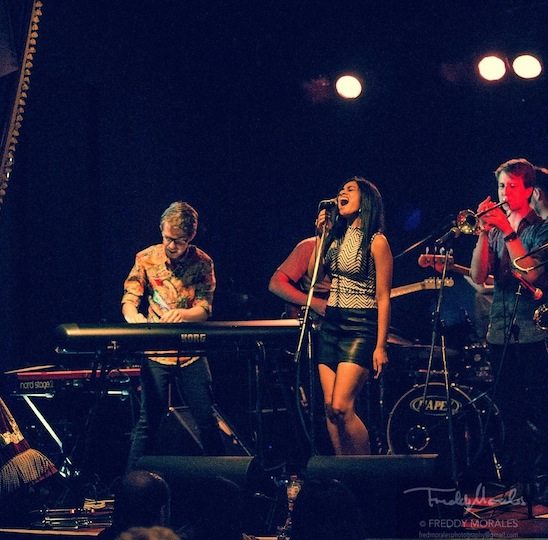 While the band has yet to release any single, EP or LP officially, what makes Fulton Street so exciting are the possibilities for this young group. The band cites James Brown, Stevie Wonder and The Meters as influences, which is obvious when listening to tracks such as the fast-paced “Ain’t No Secret,” while on the mellow, tug-at-the-heartstrings ballad “Tell Me” the influence of Etta James is clear. Fulton Street’s fusion of old soul with a dash of youthful, vibrant energy is an element which serves them well, but as they develop their own sound further, they are a band who may well tap into the core of soul lovers the world over.

If the first four tracks available on the band’s SoundCloud serve as the appetizer to Fulton Street, then the fifth track, “Roll On Home,” is without a doubt the deal sealing main course that satisfies hunger while simultaneously causing the stomach to grumble as if starved for more and more. Featuring rich horns and dulcet guitar lines, the track ebbs and flows as it tells its tale of young love. While Shannen’s vocals, which are heavy and full of heart as she sings about seeing that person who makes you throw caution to the wind, are the standout on an already outstanding soul number. “Roll On Home” will roll on into your head, making itself nice and cozy there permanently, as will the Bounce-Worthy Fulton Street.