Charlie Wilson Gets ‘Touched By An Angel’ On ‘The Tonight Show’ 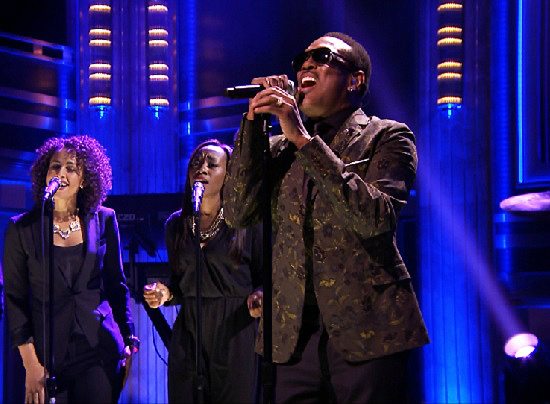 It's been quite the week for Charlie Wilson fans. Not only did they get to see the legendary singer turn it out to honor good friend Kanye West on The BET Honors 2015 this past Monday, they got a second dose of the singer last night on The Tonight Show Starring Jimmy Fallon.

Charlie took the stage suited and booted to perform Forever Charlie track "Touched By An Angel" with some help from the show's house band, The Roots, and weaved a bit of R&B magic for the audience. Of course, like the seasoned vet he is, Uncle Charlie more than delivered during his performance. His vocals were near flawless and, though he stayed pretty close to the album version of the song, he added a particular bit of oomph to his performance, taking it to church near the end for added measure. But what else would you expect from someone who's been putting it down with over 40 years under his belt.

If you want to see Uncle Charlie performing live in a city near you, be sure to catch him on the Forever Charlie Tour, which kicked off earlier this month in Cleveland and will finish on March 27th in Oakland.