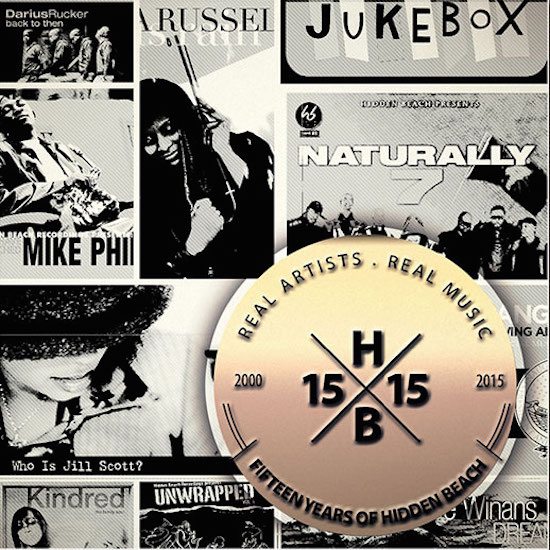 It's hard to believe that its been 15 years since Hidden Beach Recordings first burst on the scene with their first signee, Jill Scott. Since then, the brainchild of Steve McKeever responsible for some of soul music's brightest talents, including Kindred the Family Soul, Mike Phillips and more. Now the label is celebrating their success with their latest release, Hidden Beach 15 for 15. The compilation album features songs from the label's catalog, including those from former acts such as Darius Rucker, Al B. Sure!, Brenda Russell and BeBe Winans. Meanwhile, current acts such as Phillips, Naturally 7 and Angie Fisher also make appearances on the compilation, with each song representing a year in the life of Hidden Beach Recordings.

The album, which dropped this week, is available for purchase on iTunes. Check out the album sampler below, and take a journey back in time to remember the musical gems that we've found on Hidden Beach over the years.