Jessie Ware Wants You To Meet Her ‘In The Middle’ 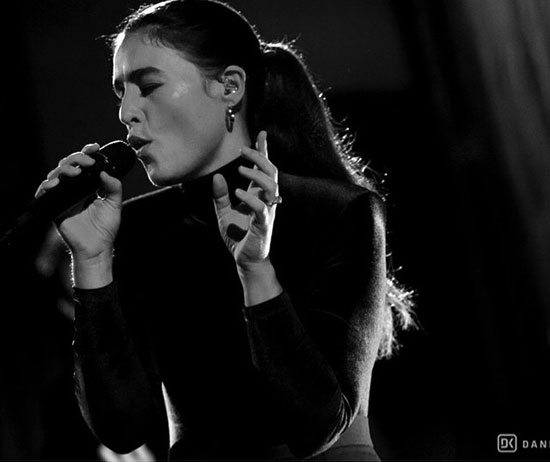 If the Fifty Shades of Grey movie is anything like the soundtrack, which was just released today, we know we can expect a number of haunting scenes, sexual tension and a lot of dark energy. We've already heard The Weeknd and Beyoncé's take on seduction, now Jessie Ware is joining the inappropriate party. The British soul singer delivers sultry personified in her latest single "Meet Me In the Middle." About compromise and possibly reconciling a relationship, the single features Jessie's smooth vocals on top of a prominent guitar and captivating violins. Effortless is the word we're looking for as Jessie channels her blues spirit and infuses it with a sprinkle of rock to deliver a single perfect for the Fifty Shades brand.

Fifty Shades of Grey will be on screens everywhere just in time for Valentine's Day (because it's romantic, we guess). If you're not into the concept of the movie, then maybe you'll find something you like on the soundtrack, which features the likes of Sia, The Rolling Stones, Annie Lennox and more. You can take a listen on Spotify or purchase the soundtrack, including Jessie's single, on iTunes.


TAGS:  annie lennox", audio, beyoncé, Fifty Shades Of Grey, Jessie Ware", Sia, The Rolling Stones, The Weeknd
Previous: Sevyn Streeter & Chris Brown Bring The ‘Fun’ In Her Latest Video Next: EPIC Aims To ‘Hold On’ To Our Attention With Their En Vogue Cover