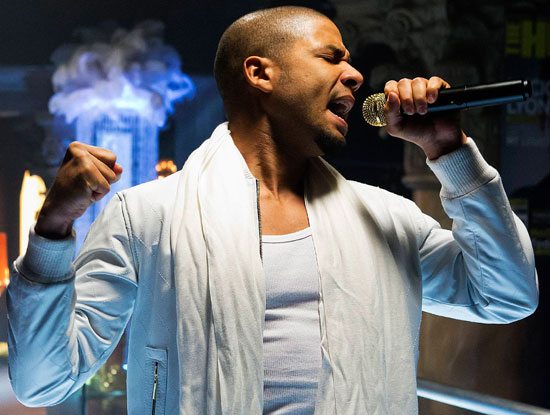 While we dig the upbeat vibe of "You're So Beautiful," produced by Jim Beanz, it definitely pales in comparison to Jussie's last single "I Wanna Love You," but we appreciate the sentiment behind the track. According to an interview with Entertainment Weekly, Jussie says the song was inspired by co-star Gabourey Sidibe's beauty and confidence, so there's that. And of course, like most of his tracks on the show, Hakeem wants you to shake it fast, drop it low and spread it wide until his heart is content but we guess he's in character, so it works.

Is anyone else wondering where the song may fit in this week's show? Could this mean Jamal and Hakeem have put aside their petty differences to record this ditty? Either way, we're pretty sure our girl Cookie, played with aplomb by Taraji P. Henson, had something to do with this. If you missed last week's Empire, we're lacing you with weekly recaps like this one. Tune in to Empire Wednesdays at 9 p.m. ET/8 p.m. CT. to see and hear what FOX will have us grooving to next. While we wait for this week's episode, listen to Jussie's latest and let us know if you think it's beautiful.