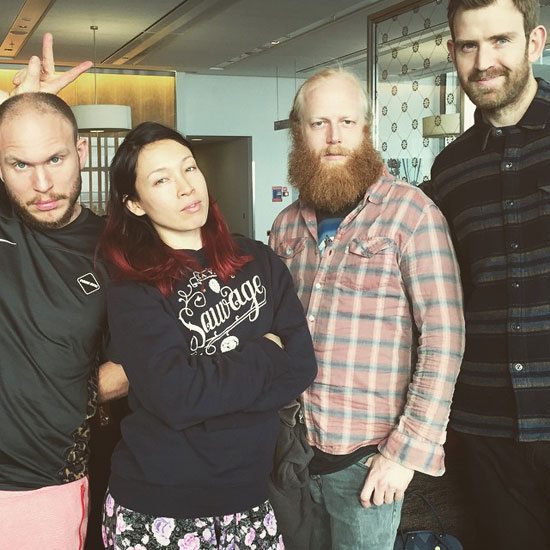 Fresh off of their GRAMMY nomination for Dance/Electronic Album of the Year for Nabuma Rubberband, Little Dragon are taking their party on tour. For the entire month of May, the super group will kick off the tour in Las Vegas and make their way from the west to the east to end their travels at the Governor's Ball in New York City. If that wasn't enough, they're priming us with a Chet Faker rework of their captivating single "Pretty Girls." The Australian producer takes the pleasantly haunting, dark single and speeds it up a tad to give you a quicker tempo to dance to. He also adds a little more synth, bass and percussion to take you and the single to new heights.

Faker himself is on tour in Australia, South America and Europe until June, but luckily he dropped this rework before heading out the door. You can get tickets to Faker's tour on Ticketmaster. Tickets for Little Dragon's US tour go on sale Friday, February 20th, and you can get more information on LittleDragon.net. And if you haven't already, which would honestly be a sin, you can also purchase Nabuma Rubberband on iTunes and listen to the Faker remix of "Pretty Girls" right here.