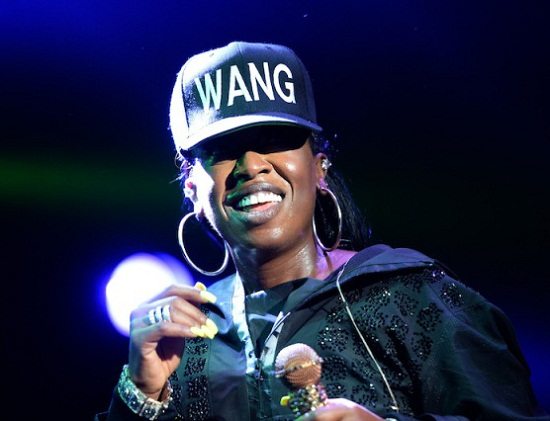 Just two weeks ago, we were singing the praises of Missy Elliott after she outshone Katy Perry during the Super Bowl XLIX Halftime Show. It was more than obvious that the masses missed their Missy as sales of her singles spiked soon after. But if you wanted something newer to satisfy your Missy cravings, the rapper/singer returns with new material in the form of her remix of Skrillex and Diplo's supergroup Jack Ü's single "Take Ü There."

The single, which also features singer Kiesza, sounds like exactly what you'd expect from a Diplo/Skrillex mash up, an athletic electronic dance sound marries with a more hard-hitting, trap-inspired boom that shakes your speakers. It's all fine and good on its own, but when Missy adds her magic touch it goes from good to great. She contributes two hot verses where she shows off her killer word play, referencing everything from her Phantom to Juicy Fruit and Salt-N-Pepa's "Push It" to get her point across before she reminds us that she's just as talented a singer as she is a rhymer.

While this isn't an official Missy single or an announcement of an album, it's still great to hear Missy in her element rocking the mic like only she can. While we wait to see what more is coming from Misdemeanor's way, take a listen to "Take Ü There" right here and check out other remixes of the track on SoundCloud.