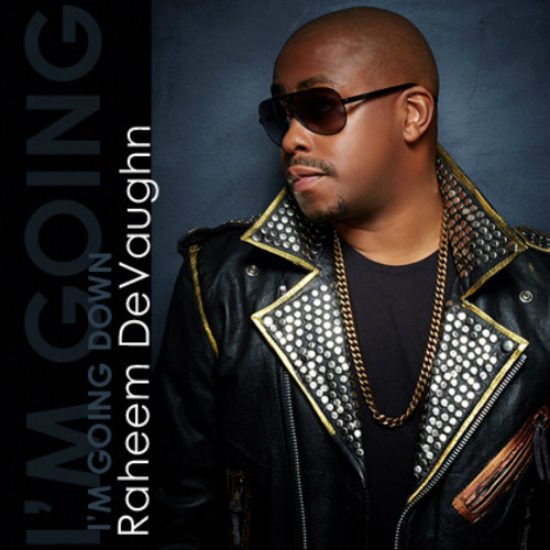 Raheem DeVaughn has adopted the name The Love King, but he is also The Cover King. Mr. Take Your Song has been the remake killer for years now, and he's not showing any signs of slowing down even in the midst of his next album, Love, Sex, Passion, getting ready to be released on Tuesday, February 17th. (Turn down remaking a song for what?) As a matter of fact, Rah has ramped things up this week as a lead in to both Valentine's Day and his new album's release.

Already this week he's dropped a cover of Janet Jackson with his "Anytime Anyplace," and now he digs further back in the crates to take on the Rose Royce classic "I'm Going Down." Much like Mary J. Blige did in her 1994 remake, Raheem takes the song and imbues it with his own style and flair. The remake stays true to the original musically, and Rah really shines with his wails and ad-libs that outro the song. It's interesting to hear this song sung from a man's perspective, and DeVaughn truly sounds like a man at the end of his rope and longing for his lady to bring her loving back.

If you can't wait until next week to get your hands on Raheem DeVaughn's Love, Sex, Passion, then you're in luck because Pandora is previewing the album now with an exclusive stream. Before you settle in to listening to Rah's latest opus over there, check out his spin on "I'm Going Down" right here. [H/T: YKIGS]