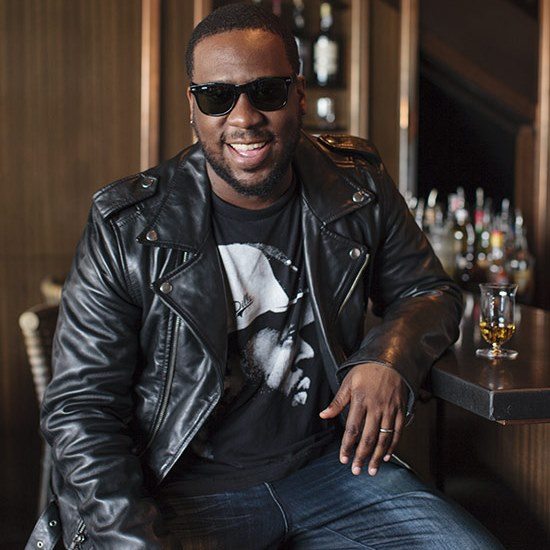 New music from Robert Glasper? Yes, please! Fresh off of his GRAMMY win with Robert Glasper Experiment earlier this month, the innovative bandleader has unveiled the tracklisting for his forthcoming album, Covered (The Robert Glasper Trio Recorded Live at Capitol Studios), due on June 16th of this year.

Marking his 10th anniversary as a Blue Note artist, the brilliant pianist comes full circle by reviving his original acoustic group, the Robert Glasper Trio. Featuring Vicente Archer on bass and Damion Reid on drums, the three musicians — originally featured on Glasper's first two Blue Note albums, 2005's Canvas and 2007's In My Element — reunited in December 2014 to record the album in front of an intimate audience. The resulting material is a showcase of three Glasper originals (featuring Macy Gray, Jean Grae and the venerable Harry Belafonte), as well as jazzy interpretations of some of his favorite songs.

As a prelude to Covered, you can hear the trio on "Dillalude 3," a tribute to the late J Dilla. New Yorkers can also catch the trio in concert at the renowned Village Vanguard this week (every night through Sunday, March 1st). Also look for Glasper on Jeff Bradshaw's upcoming star-studded album, Home (where Glasper also served as executive producer), as well as composer credits on the score for Miles Ahead, the upcoming Miles Davis biopic directed by and starring, Don Cheadle.