Tinashe Wants ‘All Hands On Deck’ 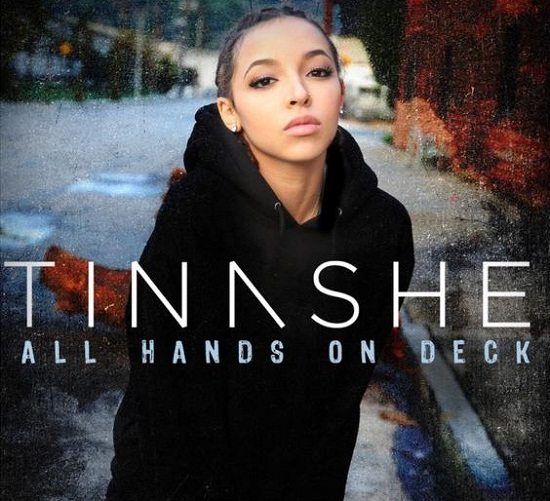 Tinashe found herself the newest darling of pop/R&B when she dropped her debut Aquarius last year. She's also managed to find the formula to keep clubs bumping with her drunk in the club  anthem "2 On." She's back again to capitalize on that sound with the release of her latest single "All Hands On Deck."

The Cali-bred songbird doubles down on the sparse, trap-inspired sound here with a minimalistic, Stargate-produced track. Composed mostly of haunting synth piano, squelching synth bass and finger snaps, it finds Tinashe ready to blow minds on the dance floor, letting us know that she came out tonight to do so while mending her broken heart. While it's not exactly a champion of lyricism (example lyric: "All hands on deck / All in the front, all in the back / Just like that"), it's quite an interesting listen and sure to get you moving when it drops at the spot. Not even a tacked on verse from current rap whipping girl Iggy Azalea can take away from the groove's head nod-ability.

That being said, it isn't necessarily something we'd be rushing out to get a copy of either. We'd more than likely just wait for this particular joint to drop during a DJ's set at our favorite nightspot. Take a listen to the track below, and let us know if it'll be making your "going out" playlist.