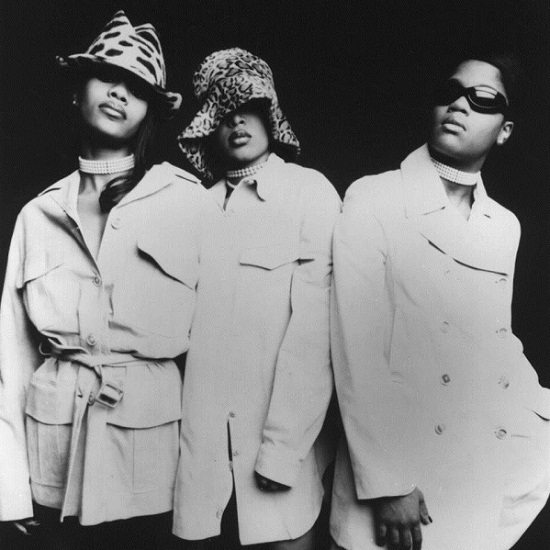 Songs with that Missy Magic: “What About Us?,” “Trippin’”

Total was formed as Faith Evans' background singers on the Notorious B.I.G.’s “One More Chance.” Fluke or fate, the girls were asked to sing a song for the New Jersey Drive soundtrack, which became a surprise hit, securing a record deal and a career. Riding the wave of Bad Boy’s early success, the trio released a debut album that featured a number of producers. However, the group really hit magic when they collaborated with Missy and Timbo on the hit song “What About Us?” for the Soul Food soundtrack. Missy wrote half of the tracks on their sophomore album, scoring another hit with the song “Trippin’.”