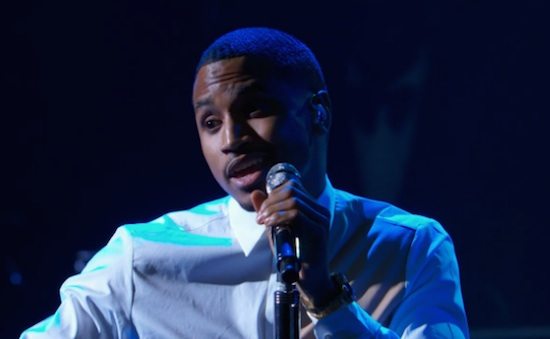 Last night's BET Honors 2015 were filled with speeches more entertaining than the actual musical performances. Case in point, when it came down to honoring music icon Usher, fellow R&B heartthrob Trey Songz appeared on stage to take on the task. We're not sure if Trey volunteered as tribute, but his performance of Usher's biggest hit "Nice and Slow" left us wanting to sacrifice him and play the original instead. While we were trying to give him a chance, once Trigga took on Usher's rap, it was a wrap as he struggled to keep up with the beat and gasped for air at the end of it. Usher would never. But what Usher did do was smile through the performance since he had a camera in his face the entire time.

In this unfortunate case of picking the wrong artist to deliver a well-deserved tribute, the silver lining was Trey ending his performance. Albeit with his signature warbles, met with luke warm applause, we can revel in the fact that this will never happen again. Trey can blow in his own right, just not on this or maybe any other Usher track. If you're up for it, watch Trey's performance of "Nice and Slow," and let us know if he did Usher's classic any justice.