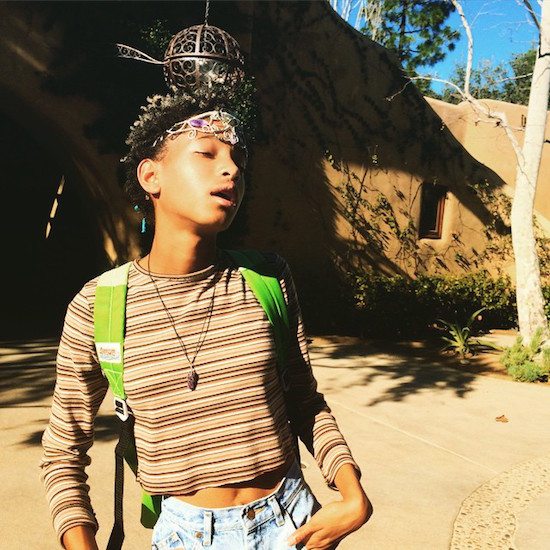 Earlier this month, Jaden Smith delivered “4 My 1,” “Scarface” and “Weekend in Atlantis” — three songs that together formed the This Is The Album project. Though more of an EP, the tunes grabbed listeners’ ears and gave them a new appreciation for the ever-experimental rapper.

But recently, little sister Willow Smith showed up on three tracks in the SoundCloud stream of dylAn, and the tunes were also marked with the hashtag #This Is The Album.  The separate bodies of work seem to be part of a bigger effort from all three acts, along with ¿Téo? and producer Daniel D’Artiste, with the quintet collectively known as MSFTSrep.

If so, Willow and dylAn’s contributions add a mixture of melodies to the growing collection. On “Moon in My Room,” Willow’s densely ethereal vocals fog over the lackadaisical flow laid out by dylAn and the organically smooth drum-cymbal beat. Meanwhile, “Bike” offers guitar strums that evolve into a head nod-worthy hip-hop groove reminiscent of Janet Jackson and Q-Tip’s “Got ‘Til It’s Gone” before Willow dominates the cut with an animal-like, up-and-down howl. Lastly, the short, incomplete-sounding “11:30pm” keeps things mellow, with instrumentation that nearly mimics those seconds before bandmates gets in step with one another and each member is individually testing their instruments.

It’s music that sounds far beyond the scope you would expect from most young acts, sounding at once grown-up but without doing so by adding lyrics about sex, drugs and rock ‘n’ roll. But there’s still an innocence found in the music, as well as intrigue for what’s up next from young Willow and company.