Kanye West’s Got Rhymes ‘All Day’ 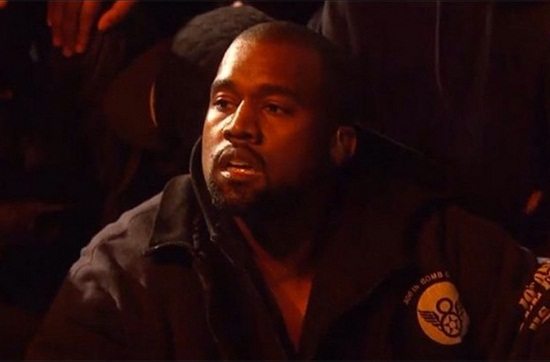 Kanye West was on a roll last month, and he capped off a February of being on everyone's lips by lighting up the stage (literally) at the BRIT Awards with a premiere performance of his new single "All Day." While we kinda dug the sentimental direction of previous release "Only One" and the bit of "Wolves" we heard on SNL 40, we must admit that hearing Yeezy really spit over a booming beat like he does on the track was something that we were beginning to miss. And just in case you missed the audacious and brash stage takeover that Kanye did at the BRITs, he's gone ahead and released the studio version of the track for your listening experience.

"All Day" finds Ye doing what he does best: bragging about what he's got over everyone else. While that's nothing new, what is different is the fire that he's spitting with. On Yeezus, Kanye's raps seemed more pessimistic and, at times, bored. On this track, however, we get a Yeezy who is approaching rapping with glee once again, starting off slow at first and then speeding things up while dropping several quotables along the way (this writer's favorite couplet: "You a fake Denzel like that Allstate, n***a / If you run into me better hope you have Allstate witcha).

This song also brings along guests Theophilus London and Allan Kingdom, but they aren't heard except for the chorus and ad-libs, something that Ye's been doing since Yeezus. But the oddest thing here is that he taps Sir Paul McCartney — who is becoming a frequent collaborator — for a brief, puzzling interlude that features the former member of The Beatles strumming guitar and whistling before it's all dissolved into the sea of distorted vocals and synth bass that closes out the track. It might not be everyone's favorite Kanye track, but "All Day" is without a doubt one of the rapper's more interesting listens.