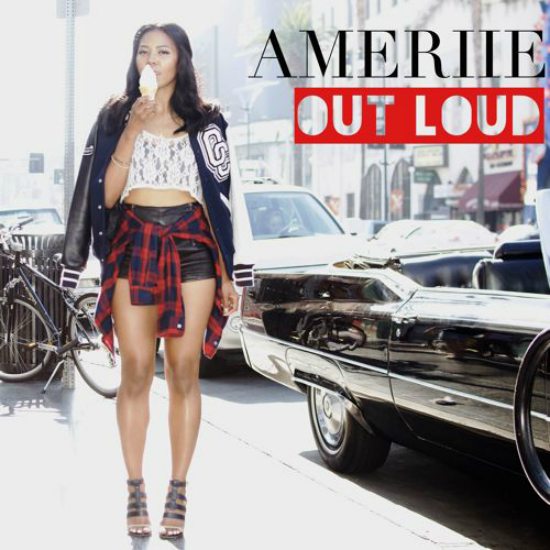 Believe it or not, it's been 10 long years since Ameriie's breakout hit "1 Thing" had us tripping. Back then, before she bought a vowel and went by Amerie, the Georgetown University graduate worked closely with DMV-area producer Rich Harrison to craft her sound, beginning with her stellar 2002 debut, All I Have, and sadly concluding with her sophomore set, Touch, in 2005. In that span of time, these two made some great music together, then unfortunately parted ways for unknown reasons. Even more unfortunate is that neither of these talented individuals has really been making much noise in recent years. Ameriie has released new music here and there, with nothing really catching on with her once-adoring public, and Harrison has been relatively MIA since his group RichGirl fell by the curb and he produced a cut on Eric Roberson's 2011 album, Mister Nice Guy.

Well, fast forward to 2015, and Ameriie and Rich Harrison have reunited like a Peaches & Herb song on the new track "Out Loud." That news in and of itself should be enough to send fans of their past work to a happy place. Just like the olden days, the song features Ameriie's signature vocals atop Harrison's percussion-rich and sample-heavy production. She sings about turning up and living it up with the proclamation, "I'ma live out loud tonight," on the chorus. It may take a few listens to get into "Out Loud," but the song isn't a bad one -- it's just not "1 Thing." So if you're looking for that, or something with an equally catchy chorus and vibe, you may be disappointed.

Have these two recreated that magic that they once had together? Well, not exactly, but this is a good place to start. Here's to hoping that there are more Ameriie songs produced by Rich Harrison where this came from and that they get their groove back.