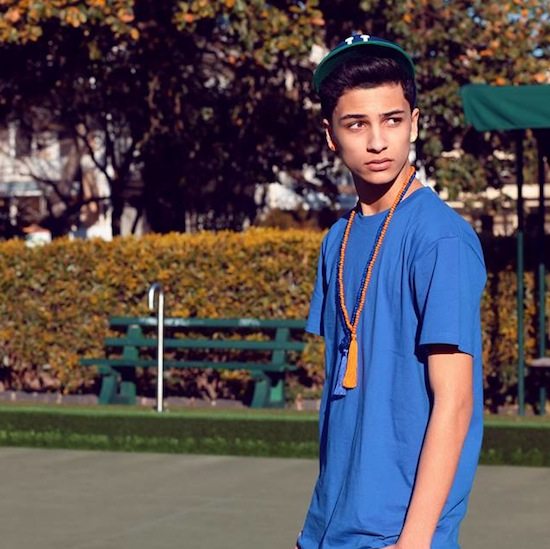 All this led to a record deal with Warner Chappell, which resulted in the soulful R&B single, “Man I Wanna Be,” that found Samuels’ then-syrupy vocals front and center as he pondered on the type of man he wants to become. No, he wasn't focused on which superhero he’d be between Spiderman and Superman like most 11-year-olds, instead asking the big questions. While this was a strong introduction to a very young talent, it only hinted at what was to come from Samuels as he actually grew into a young man.

Now at the hormone-driven age of 15, Samuels has just released his latest single under the indie label Creamy Spies. “Midnight Medusa" is a somewhat ominous track and most definitely not what one would expect from a boy in his mid-teens. As "Midnight Medusa" steadily builds, it slowly but surely winds its way around your being, implanting itself deep in the core, leaving you feeling moved and yet desperately yearning for more. Haunting harmonies, mellow bass and subtle guitar licks all play a part in setting the scene as Samuel’s smooth and now deeper dulcet tones drive the track, commanding attention and perfectly complimenting the other-worldly vibe of the song.

By the end of the song's short 2:29, the listener is left intrigued, wondering if the track was merely a teaser, designed to give just enough of Tré Samuels so as to be left wondering what more is to come? If so, then mission accomplished as we want to explore every detail of this emerging talent as we eagerly await more of his beautifully crafted futuristic R&B sound. Press play below to see what the fuss is about, and keep an eye on Tré Samuels as he continues to grow into a Bounce-Worthy artist that will be on repeat for years to come.