Brave Williams Is Down To Ride On ‘Road Trippin” 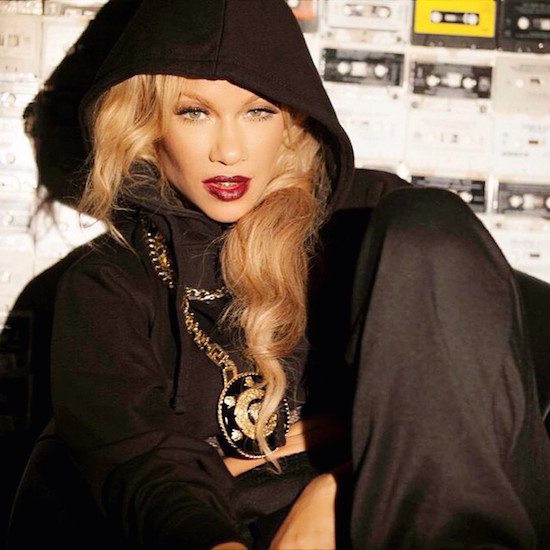 Former RichGirl and current R&B Divas: LA star Brave Williams is out with the second song from her forthcoming Fearless EP. “Road Trippin’” is a sizzurp-y sweet, mid-tempo head-nodder that finds the singer eschewing the old-school hip-hop influences found in “Oooh (Luv Ya)” to keep things contemporary.

The track — co-penned by Candy Fields and produced by Fusion, Ghost and Ivan Barias — hears Brave half-singing and half-spitting her lyrics, which toe the line between playful and overtly sexual. Think of such car analogies as “ridin’ with my top down” to homages to classics joints with the line “tits on the glass.” There may even be a Fifty Shades of Grey nod with the “pullin’ all on your neck tie” phrase following one of the many utterances of “watch this ass” that permeate throughout the tune’s kick-kick-snare melody.

But it’s time to address the elephant in the room: many are going to hear "Road Trippin'" and compare it to a lost track from Beyoncé's surprise, self-titled 2013 album. It’s probably guilty as charged, but if nothing else, “Road Trippin’” serves to diversify what Williams has to offer on her upcoming solo debut.