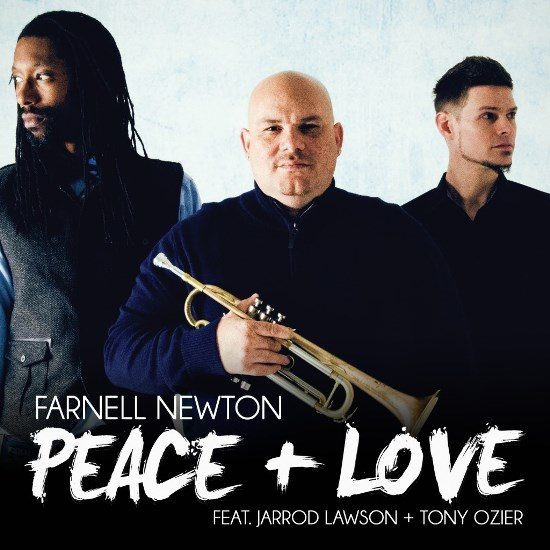 Farnell Newton has been keeping a pretty hectic schedule, balancing touring (Jill Scott, Bootsy Collins, Jarrod Lawson), teaching (Portland State University, PDX Youth Project) and starting a record label (FNBEATSGALORE) with his family life. That's enough to make most people crash and burn. But apparently, Mr. Newton has enough energy left to work on a new album, Ready to Roll. It's no wonder that his nickname is "Neutron."

As a teaser of what's to come, Newton recently released the album's lead single, "Peace + Love," which features Tony Ozier (who also happens to be his business partner for FNBEATSGALORE) and Jarrod Lawson. We've already heard Farnell team up with Ozier on the funktastic "Dookie Butter," as well as his outstanding work with Lawson on his BBC sessions (see "When Will You Call" and "The Point of It All"). So it would be safe to assume that a troika of this magnitude should produce something aurally delightful.

Thankfully, they do not disappoint. Assisted by James Shelton on organ, the euphonious trio will captivate you with this jazzy number. Lawson's vocals are smooth and flawless as usual, giving hints of Eric Benét. Ozier joins in, matching Lawson's falsetto with his own soulful tenor. The two also assume instrumental duties with Lawson on the Fender Rhodes and synth keys, and Ozier on drums and bass. Don't get it twisted, though -- this is Newton's time to shine, and he does so brilliantly. Tackling flugelhorn, trumpet and muted trumpet, the one-man horn section fluidly glides throughout the arrangement -- part accompanist, part soloist. My only gripe is that it ends a little too soon. Guess we'll have to wait for the album to hear more. Listen below and see if you agree. If you're feeling "Peace + Love" like we are, the track is currently available for purchase on Newton's BandCamp page.

Like his fellow barons of brass Jeff Bradshaw, Saunders Sermons and Trombone Shorty, Farnell has truly proven that he is equally capable of being a member of the band or a solo act. So go ahead and show Mr. Newton some love by supporting his Kickstarter campaign (there are only four days left) in order to make his album a reality. In addition to Ozier and Lawson, Ready to Roll will feature appearances by Bootsy Collins, Ashley Jayy (whom we recently saw singing backup for Liv Warfield) and many others. Plus, 10% of the proceeds will be donated to Portland non-profit, UseMusic. Peace and love, indeed.