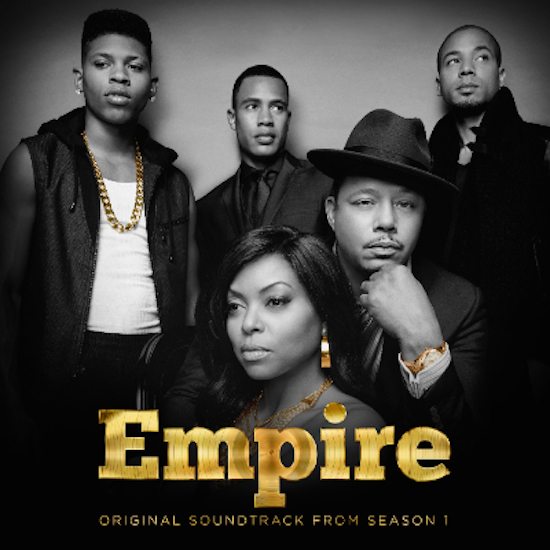 From its earworm-y songs to some utterly triumphant moments, the music of Empire has been just as integral to the show as its drama-filled scenes. And if you found yourself humming the chorus of "You're So Beautiful" or, heaven forbid, "Drip Drop," then we have good news for you: the Empire Original Soundtrack From Season 1 has officially been released!

Executive produced by Timbaland and Jim Beanz, the soundtrack is chock full of the hits from the show featuring cast members Terrence Howard, Jussie Smollett, Yazz and Serayah McNeill, as well as appearances from recurring series guests V. Bozeman and Courtney Love. But, just like the series, the soundtrack also has its share of guest stars. Estelle comes through for a new duet of her hit song "Conqueror," Mary J. Blige stops through for a "Shake Down" and Jennifer Hudson pops up twice with "Remember the Music" and the Juicy J-featuring "Whatever Makes You Happy." And then there's the return of rapper Charles Hamilton, who taps Rita Ora for their track "NY Raining." While it's pretty comprehensive, it is missing a few of the show's other memorable tracks (where's Courtney Love's "Take Me to the River" and V. Bozeman's "Black and Blue"?). Luckily, you can buy each of the missing tracks to complete the collection.

We've got the entire Spotify stream of the Season 1 soundtrack for you below. Well, almost the entire thing. They seem to be saving "Remember the Music" until it's shown on Wednesday's episode, but you can cop the soundtrack right now on Amazon or iTunes.