Melanie Fiona Is Ready To ‘Fight Through It’ 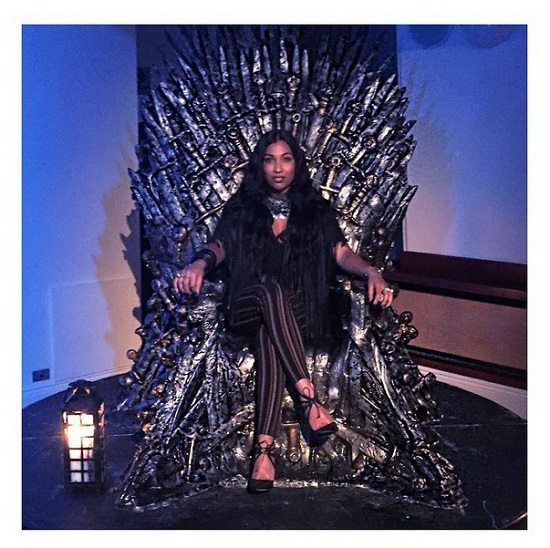 When you think HBO's hit fantasy series Game of Thrones, the last person you probably think of if R&B songstress Melanie Fiona. However, the proud Canadian is also a huge fan of the show. So much of a fan that she, along with the likes of Snoop Dogg, Talib Kweli, Method Man and Estelle, lent her talents to volume two of the show's mixtape series, Catch the Throne.

Her contribution to the set is "Fight Through It." Opening with a quote from the show and a string arrangement, it at first seems that Melanie is drifting far away from her roots on the track, but then, just after she gets caught up in a moment, the reggae-tinged rhythm kicks in and the groove gets going. "I'll fight to do it / Because the power's still mine / I'll die to do it /And watch my vengeance rise," she sings as she channels the emotion and fierceness of the Lannisters, one of the show's key families. While the reggae sound of the song and the series seem at odds, it was all by design for Melanie.

"We wanted to capture the vibe of where I'm at musically right now and deliver something that would be unique to the project, so it's got its own life," the singer told ABC News Radio.

With the release of this track and a suggestion that she's in a new place musically, we can only assume that we'll be getting a new project from Melanie sometime soon. But while we wait for confirmation on that, you can check out "Fight Through It" right here and download the Catch the Throne Vol. II mixtape for free on iTunes.