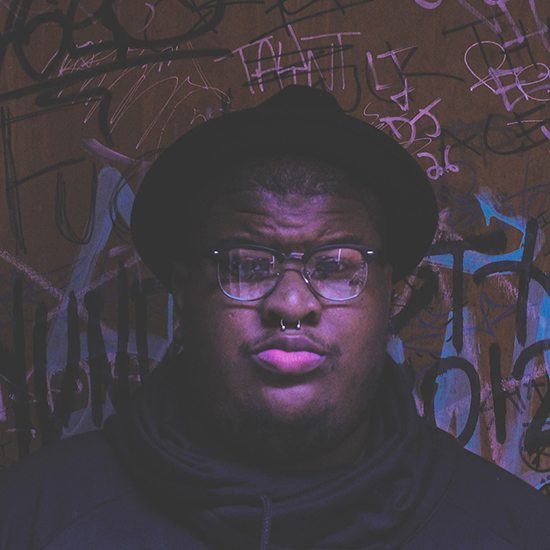 One of the best things about SoulBounce is getting to work with my talented colleagues, especially when they're multitalented colleagues like my boy Rob Milton. As most know, Rob isn't only gifted with words; he's also pretty good with notes as well, delivering some of our favorite forward-leaning R&B cuts on a pretty regular basis. His efforts recently paid off and landed him a feature on the latest installment in BamaLoveSoul's On Deck compilation series.

His contribution is the dreamy track "Her." Inspired by the Spike Jonze movie of the same name and classic conceptional tracks like "Computer Love," Rob sings of falling in love with technological vixen who's got him speaking in code. "Words can't describe her beat, bounce and her vibe / The way she calculates when I can't navigate / And when she demonstrates, I can't even concentrate," he sings in the song's opening lines, before singing in binary for the chorus. Rob's baritone delivery is underscored by a laid-back, space-y, atmospheric groove provided by beatsmith extraordinaire AbJo, which coasts along perfectly with Rob's story. Toss in a skillful closing 16 from iLL Camille, who provides the perfect counterpoint to the groove, and you've got a song with undeniable replay value.

On Deck 3, which also features tracks from Columbia Nights, Idesia and Salah Ananse, is available now on iTunes. But before you go running over there, chill out with us a bit and give Rob's "Her" a spin.